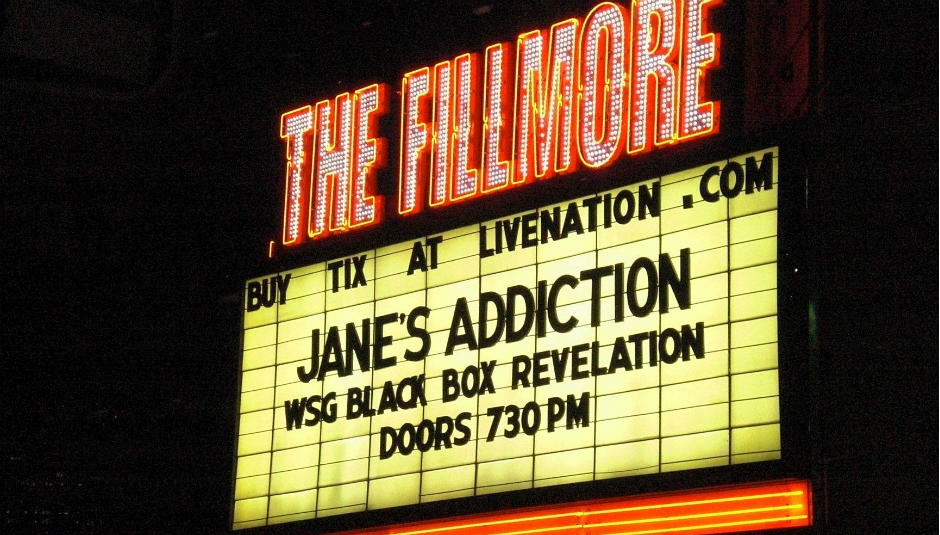 John Wanamaker, an American merchant in the late 19th Century, knew a thing or two about business. “When a customer enters my store, forget me. He is King!” he once declared, a maxim that saw him establish several department stores in Philadelphia and a billion dollar fortune. Wanamaker’s famous proclamation is often misattributed – and misquoted – but in commercial circles, the maxim holds true to this day; more often than not, businesses go out of their way to ensure customer satisfaction, even when they might have valid reasons not to.

But the music industry, as ever, reads a different rulebook. Always happy to make a quick buck at the expense of fans, the past litany of shoddy practices is long and inglorious (£19.99 CDs! Selling tickets to touts!) – at times, the only group that seems to be treated worse is the artists themselves. So what has become the latest battleground between commerce and common sense? Stage times, or the publication thereof, a seemingly benign topic that has pitted smaller venues struggling to survive, ordinary cash-strapped/time-poor fans, and support bands who’d like to play to more than a handful of people against each other in a swirling vortex of indignation and moral proselytizing.

The first shots were fired by punk rock duo Slaves. “WE DON’T POST SET TIMES TO OUR SHOWS” they tweeted last November in pointed ALL CAPS. “WE WERE THE SUPPORT ONCE. WE WOULDN’T BE HERE IF NOBODY TURNED UP TO WATCH US. SO TURN UP WHEN YOUR TICKET SAYS AND YOU’LL BE FINE”.


WE DON'T POST SET TIMES TO OUR SHOWS. WE WERE THE SUPPORT ONCE. WE WOULDN'T BE HERE IF NOBODY TURNED UP TO WATCH US. SO TURN UP WHEN YOUR TICKET SAYS AND YOU'LL BE FINE.

Aside from the ignominy of being lectured on punk attitude by two guys named Laurie and Issac from Royal Tunbridge Wells, there are a number of non-sequiturs buried in that rant. Have they only achieved success because a few more people ambled through the door at 7pm? Do their own fans not care about support acts? What’s “fine” about milling around for hours drinking overpriced, warm beer from a plastic pot, not knowing when the music will start?

Predictably, the Twitter pile on was somewhat swift and merciless (and raised some very pertinent points). Normal people have busy lives and work long hours – why shouldn’t they be able to organize transport/eating/childcare in advance? Then there are accessibility issues, not to mention those who suffer from anxiety or who come alone and don’t want to hang around waiting and feeling awkward. “Treat us like mature, paying customers” was the gist of many replies, with fans keen to emphasise that yes, watching support acts is a noble and worthy goal but, y’know, life. Shit happens.

Anyway, said some, it shouldn’t really be down to the band to publicize such information, that was the responsibility of the venue – a valid point given different local authorities’ approach to curfews and licensing laws. Is it so unreasonable to ask venues to post some basic information regarding who is playing and when? Apparently so according to London’s iconic 100 Club, who waded into the debate yesterday with all the tact and grace of a sledgehammer cracking a nut.


The 100 Club is no longer giving out stage times to any gig we put on. We want to support all bands that play here and so would like people to watch the support acts too. It’s a great way to discover new music.

Aside from the patronizing tone regarding “discovery” (thanks guys, I had no idea!), the subtext behind both this and Slaves’ tweet suggests that the majority of ticket holders only turn up five minutes before the main act, and that publishing a timetable will result in empty rooms for the support, regardless of who they are. All of which is patently nonsense. Many suspect it is but a ruse to increase bar takings, and having a captive audience for as long as possible paying inflated prices. (The 100 Club countered with: “We have a £3.95 pint. In Soho.”) Times have never been harder economically for smaller venues and artists in general, and while one can sympathise with the desire to maximize every possible revenue stream, such pronouncements smack of desperation dressed up as paternal concern.

If venues really wanted people to invest in support bands and spend more time (and money) in their establishments, how about having enough bar staff, a proper range of beverages, clean toilets, and a comfortable place in which to hang out prior to, and between, the music? Or, y’know, actually publicizing who the support band are (links please!) to show that they’re worthy of your time and effort? (A quick browse of The 100 Club’s events page confirms that, currently, they don’t even bother telling you who you’re turning up early for, which is a little hypocritical, to say the least.) Or even – and I realize this is revolutionary – giving each and every band on the bill the chance to properly set up and sound check, to ensure they can spend 20 minutes demonstrating their musical brilliance instead of fiddling with cables and moaning that their pedals don’t work?

Music fans aren’t stupid, nor are they selfish. The vast majority of people buying tickets – particularly for venues like the 100 Club – know just how hard it is to survive and no doubt want to do all they can to ensure such places, and the artists who play there, can continue to operate. But it’s the 21st Century – information, and choice, has never been more plentiful. Would it be so terrible to treat paying customers with a modicum of respect and let them make their own, informed decisions? Being deliberately obtuse is simply antagonizing the very people who are keeping the music industry afloat and who are genuinely invested in helping bands move from support slots to headline status. Fans don’t want to be treated like Kings – but a little gratitude, and common sense, would be very welcome.