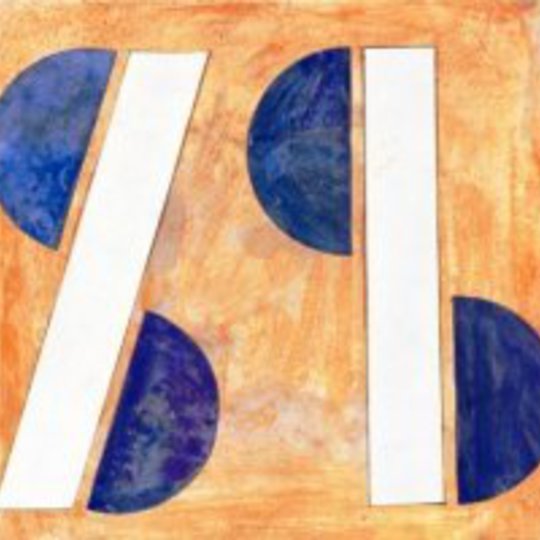 Right door, wrong person. Though introduced in with the standard pining boiling-point shriek Magik Markers have come to embroil themselves in, BOSS is not the bastard you expect to be met by. Petulantly turned noses have dropped and their previously autonomous existence - from the unassuming CD-R distribution of material to their reclusive underground routine - has opened up. Following the departure of bassist Leah Quimby, the Connecticut noise merchants put on an uncharacteristic performance riddled with poignant half-cut confessions that verge close to convention seeping in to their familiarly deformed avant-garde brutality as nine blunt bullet blows.

One of the most striking aspects to BOSS is that, rather than any apparent thematic structures or ideological conceptualisations, the constantly shifting tone of the record makes out like Magik Markers showcasing a rounded pop sensibility. These, though, are far from pop songs. Effortlessly shifting from detuned effusive excess (‘Pat Garrett’) to sullen New York nihilism (‘Body Rot’), tracks are no longer as coated in the no-wave scrawl of past ventures as Elisa Ambrogio’s stark vocal contribution comes to the forefront. With open wounds on show, Pete Nolan’s clumsily thumbed piano on ‘Empty Bottles’ is befitting of Ambrogio's tortured pep talk. Though there is something of the flailing, self-absorbed college poet about Ambrogio (see recent performances with Six Organs Of Admittance) when she descends into rambling "secular Pentecost" discourse, making out like Patti Smith on ‘Last Of Lemach Line’, as she wraps her tongue round couplets like “I left my stink like a mink’s dead gland / All over your mouth, all over your hand”, all is forgotten. Where ‘Four’ skits along somewhat unenthusiastically it is Ambrogio's detached and lecherous performance that provides the act a newfound zeal. As with Thurston Moore’s Trees Outside The Academy, these noiseniks have managed to detach the discordance previously so central to their sound to leave an open account of what lies beneath, with only ‘Circle’ coming to resemble the ditch I Trust My Guitar, etc. dug and garnered their initial acclaim.

Though both their most open and most accessible record, it’s difficult to declare BOSS as Magik Markers at their peak; in a way half the mystique to the act was shifting through the thick fog of distortion that veiled material. But, though produced by Lee Ranaldo, hand-picked by Thurston Moore and Ambrogio’s direct vocal markedly akin to that of Kim Gordon’s, there is a sense that the duo are moving out from the domineering shadow Sonic Youth have cast over them for so long. Reincarnated from its previously hollow guise on 2006's Road Pussy, ‘Bad Dream/Hartford's Beat Suite’ underlines that rather than a different side to Magik Markers it is more the duo just taking a different tact to their usual noise assault. Out of their awkwardly lodged groundings, BOSS distances any worries that this was Magik Markers copping out to embrace the convention they previously seemed to shy from and, as ‘Circle’ plays out with a sparse resonance and the demanding of the "chords of America", they return to the margins.