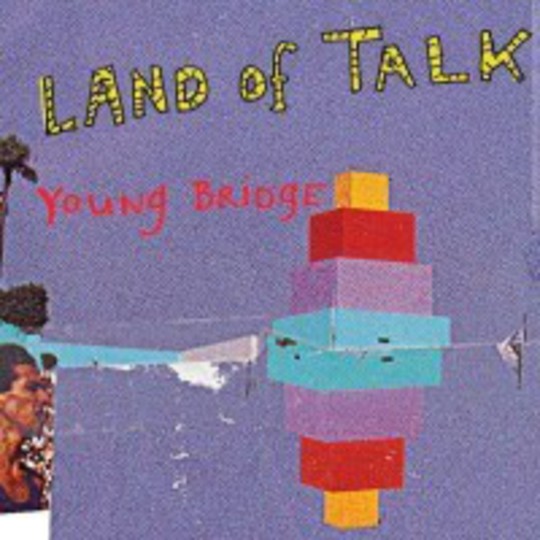 It’s easy to hear why Montreal’s Land Of Talk have captured the ears of a fair few indie-rock kids on blocks both sides of the Atlantic: the trio’s sweet melodies and punchy guitar lines echo an indefinite number of other acts, peers if you will, who have already achieved a certain level of success. There’s a little Metric here (well, a lot actually), and they do that tsk-tsk-tsk thing with their drums that tends to get dancefloors moving pretty neatly. Vocals are breathy, borderline sexy, and lyrics completely without meaning when delivered so loosely. They’re alluringly whatever.

Which is, of course, also something of a problem. Land Of Talk sound so much like a simple amalgam of a handful of acts already touring the circuits they’re looking to make their own that they come off second-rate, when ‘Young Bridge’ proves they’re actually perfectly capable musicians playing fine-hooked rock music. Trouble is that they’ve pulled up to the party rather late in proceedings, the punch bowl’s dry and the only eats left are unsalted peanuts (who puts these things on a Lazy Susan anyway?). This isn’t a bland single whatsoever – backed by a strong live rendering of ‘Seafoam’, it’s a pleasant introductory package – but it’s so done-before that any lasting impact’s dulled by that nagging sense that you’ve worn out several of these t-shirts already.

If Land Of Talk get lucky they’ll win admirers from demographics not well aware of the tried-and-tested techniques at work here (see: The Gossip’s breaching of the mainstream and subsequent capturing of a whole new crowd); but unless a Jo Whiley figure picks up on ‘Young Bridge’ and murders it into daytime rotation, chances are Land Of Talk will remain but a note in the margins of the history of North American indie-rock. A shrug and a smile is what they’re worth, a cheery dance and maybe a cheeky snog; they are an act lacking an electric execution to push these songs upwards. Your focussed attention, therefore, can be spared eyeing over material studied several terms ago in favour of something a little more daring.

'Seafoam' live
Log-in to rate this record out of 10
Share on
Love DiS? Become a Patron of the site here »