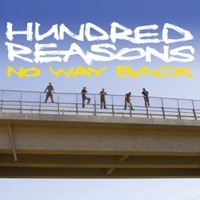 Hundred Reasons - No Way Back

Perennial almost-men of the British post-hardcore scene, left trailing rather in the wake of successfully broken-through Welshies Lostprophets and Funeral For A Friend, Hundred Reasons’ commercial fortunes have never tallied with the affections directed their way from those able, still, to recall losing a week’s worth of sweat in a night to first album tracks in some dank fleapit in a satellite town...»