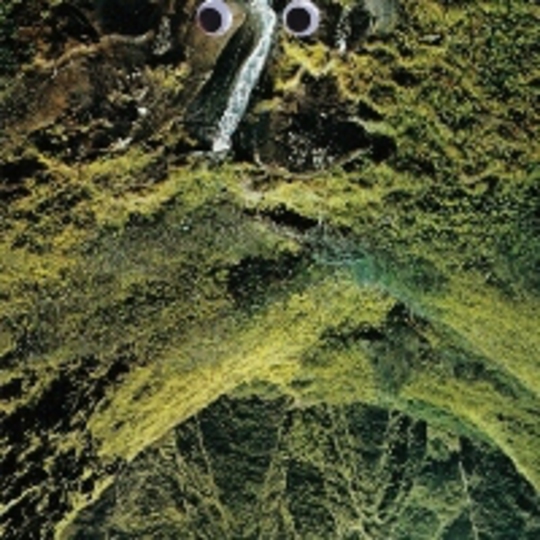 And so Baltimore babes Ecstatic Sunshine (Matthew Papich, Dustin Wong, Kieran Gillen) return, with the weaving surf punk episodes of their early incarnation having mutated from intense snapshots to jittering drone passages; those same darting hooks weaving into each other like shattered reggae shards forming a cosy noise knit but now resembling the frenetic glitch-stomp of Black Dice drawn out to form flittering drone-lite.

There’s a bridge in Yes’s ‘Long Distance Runaround’ that I’m sure gave rise to what underpins Ecstatic Sunshine’s cacophonous noise, with the duelling guitars resembling Don Caballero hooks chiming away in their Sunday best. Either way – regardless of their penchant for Rick Wakeman’s lubed prog indulgences – as opposed to the previous brainstorming sessions of debut Freckle Wars (2006, 12 tracks, 31mins) WAY (2008, three tracks, 30mins) instead follows a niche carved out long ago of lumbering drone bouts coated in shimmering hooks like a summery shitstorm hailing as a half-hour typhoon, an awesome unnatural disaster. Citing Glenn Branca besides Brian Eno (“Full Positive Eno World + Pure Trust Branca Cloud”), they churn up their own signature thrashing guitar symphonies.

With opener ‘B’ chiming methodically until stalling 12 minutes in and ‘Herrona’ plays out like a distorted electronic opus, there are clear points of comparison with the recently defunct LA drone-merchants Yellow Swans’ electronic squall. But, whilst those grubby Swans tended to offer up a brand of removed ethereal drone, there’s something comforting about Ecstatic Sunshine’s wash, a sort of discomforting comfort, like having laid out in your deckchair, sand in your jellies, and the sun having gently burnt away your skin, only to then coat your blistering body in a soothing lather of after-sun.

More than content now to wallow in their own cleansing wash, WAY removes many aspects of what initially marked their lunacy-ridden noise-pop out. But, though an admitted level back on the recent disco-drone of Growing’s Lateral (review) and even their fantastic EP release of Living (review) from last year, these noise troupers have set up a decent new stall.

Rather than ever erupting, WAY gently spits away. Still, a sun-scorched spectacle.