Lie Down In The Light 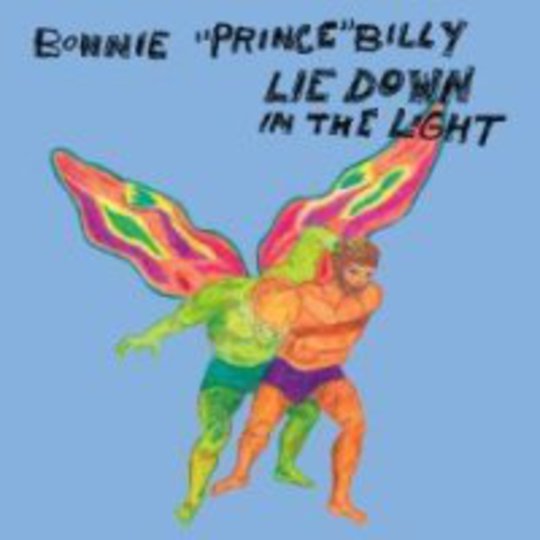 Bonnie ‘Prince’ Billy’s ascetic approach to music has been a quiet marvel of the popular landscape for some time now, an ‘inclining of the heart’ that grace might ghost in and fill his artistic cup: Lie Down In The Light, as its rather resigned title would suggest, offers little in the way of reinvention of the philosophical wheel. It is to some extent, however, a stylistic departure worthy of investigation.

Away from the dark chamber pop forays that so effectively punctuated 2006’s gently ravishing The Letting Go set, and equally far removed from Master & Everyone's monochromatic folk as that record was, Will Oldham’s fifth solo album of originals under the BPB moniker (discounting the _Sings Greatest Palace Music collection – Ed)_ ushers in an upbeat, country-tinged sound replete with fiddle and pedal steel guitar, and features some unusually animated singing from the man himself, testing out his tremulous upper registers with generally pleasing results.

At first the more sanguine tone feels something of a letdown, Oldham’s determinedly holistic approach to matters existential finding expression in plodding aphorism (‘For Every Field There’s A Mole’) and a trying wholesomeness that even wears its wise man’s face when it comes to sex, as with the comically earnest ‘So Everyone’. But as that song’s lowing trumpets and quietly exultant bass runs begin to sink in, you feel the sense of renewal apparent in lines like “I want the world to see / everybody look at me / I’m a good person, and free / and she loves me”, and the inner cynic is quieted once more.

Much of Lie Down… unfolds with an easy charm not readily associated with this most ponderous of artists, but with repeat plays reveals all of the sunken depths and mastery of form he’s proved himself capable of time and again, making songs as potentially generic as country ‘n’ western opener ‘Easy Does It’ subtly distinct with an unexpected melodic twist or middle eight.

As such, the brooking hammer-ons and bobbing fiddle motifs of ‘Glory Goes’ are a highlight, ‘You Want That Picture’ charms with an exacting melody that’s solid enough to build houses on, and ‘What’s Missing Is’’ unhurried reckoning of absence and desire carries undeniable weight: “what’s rhythm is / plenty of things missing / steps taken, lips kissing / new harmony on an awesome scale / meat against meat / under sail”.

The brisk bout of choral sighing that rounds off ‘I’ll Be Glad’ provides an effective grace note for this hugely likeable record, if underlining slightly the notion of Lie Down In The Light as a worthy, somewhat minor addition to Oldham’s formidable oeuvre.