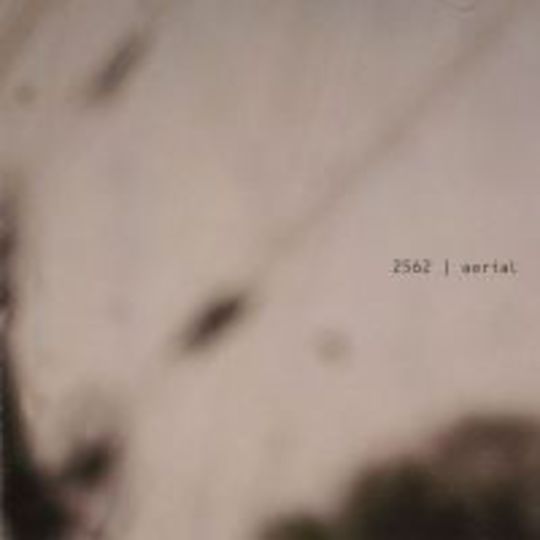 Of all the movements to find a transatlantic appreciation, dubstep seems an unlikely one to have its subterranean bleak beats rubbing up against the muted Donuts-gone-cold hip-hop of Flying Lotus’s Los Angeles, juddering space-age loops of Ras G or Echospace’s pursuing of sparse soundscape avenues with The Coldest Season - dronestep, anyone? Listen though, it’s there; Croydon unpacked its bags. But across the Channel a Belgian brute, equally persuaded by its juggernaut basslines, has woven an equally beguiling knit as techno tyke Dave Huismans tries his hand at its taut structures with a minimal panache.

Ever eager to leap on a tangent, Hague beatnik Huismans has been something of a cuckoo in previous years, going under various aliases, releasing broken beat as Dogdaze and techno as A Made Up Sound over the last half decade, picking made nests to call his own. But rather than sit quietly, he’s soon moving the furniture round to suit him, no more so here where as 2562 he has fed a focused techno guile to the London-bred bastard genre’s blanket of comatose beats, dragged by the collar towards something less vacant. Dare it be said, in the direction of a dubstep girls might want to dance to.

Rather than the figureheads most are drawn to in both camps – Burial and Villalobos – 2562, along with fellow countryman Martyn, lays it down with a straight-laced approach, far closer to a mesmeric midway between Alex Smoke and Skream. ‘Kameleon’ remains the finest example of Huisman’s newfound craft, soaking acidic spits of micro habit into the familiar lumbering reverberations of SE1 basslines. And bongos. Released through Bristol-based dubstep minefield Tectonic and having previously gone through Hyperdub, 2562’s sound is indebted to the owners of both imprints, whether the snatching detail to ‘Movern’ close to the stuttering Detroit drops of Pinch’s Underwater Dancehall or the anesthetising browbeaten wash of ‘Greyscale’ like 2562 holding hands with kode9.

Aerial is a record that, as opposed to his incarnation as A Made Up Sound’s deep house, has a tendency to step out of the shadows to something far more hypnotic. In particular, ‘Channel Two’ (a new take on ‘Channel One’, released earlier this year) finds spacious techno sucked in and spat out as cobweb-ridden, knee-beaten dubstep. If there’s a fault it’s that from this earnest incarnation of the genre we’re in danger of the inevitable, ending up awash with either a supermarket shelf or coffee table version of the genre. But, as it stands, with shards of passing 2-step, dub, broken beat, Basic Channel bites and whatever else will fit in the basket sneaking in on the mix, Aerial provides a decent indication of strides away from the decline.

Scraps rather than a moveable feast, but one remarkable siphoning off of various influences to provide a dissonant slab of techno-fuelled dubstep.

What Of Our Future