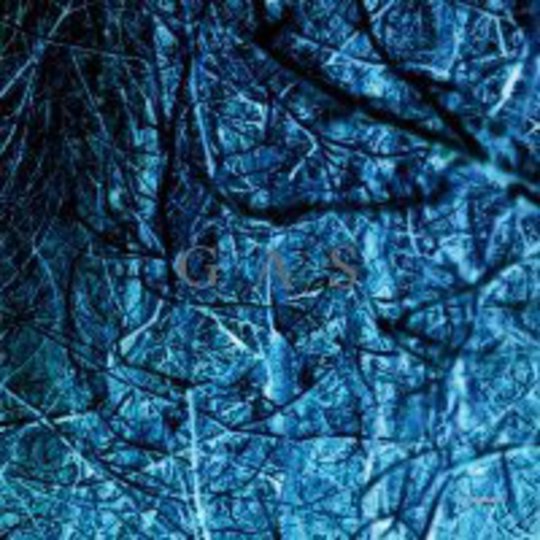 With GAS it’s all too easy to suck hard on hyperbole’s teat – dissonant symphonies set to 4/4, drawing on a Cologne forest with its entrenched heritage for inspiration. But we’ll try and avoid this and just underline what many have been keen to embolden recently: Nah Und Fern is an incredible leftfield techno tide.

Wolfgang Voigt has long gone under various aliases – most notably as Mike Ink and Grungerman. Yet GAS remains his most revered guise, removed from the techno landscape he helped established. Nah Und Fern compiles the four records Voigt released under his GAS moniker between 1996 and 2000, all out of print and unavailable unless you had a few hundred euros going spare. After releasing the Modern EP in 1995, Voigt went on to industriously churn out Gas (1996), Zauberberg (1997), and Königsforst (1999), culminating in the release of Pop in 2000.

Kompakt shopkeeper and founder of the Cologne imprint when Jürgen Paape, Jorg Burger and brother Reinhart began releasing under Delirium in 1993, Voigt was central in the micro-house scene that blossomed in the ‘90s after assembling his Profan and Studio1 labels. Voigt’s influence throughout techno has been remarkable, yet some unlikely characters have honed the alienated squall of GAS, with some of this year’s finest – Growing’s Lateral, Echospace’s The Coldest Season, The Field’s Sound of Light EP – all easily tied with the same bow, with Voigt’s ethereal blanket easily a central reference point for their varying anaesthetizing drone passages.

Endless paragraphs could be spent dreaming up lucid explanations of each album, all of which take a similar approach but with a different tack, each having kept the local Königsforst Voigt used to go to take acid in his younger years as a recurring conceptual theme. But it is the looming bleak beats of Zauberberg that remain the most remarkable, wilted minimalism like Mike Ink’s techno strokes sat sick with sunstroke, a muted glory, mesmerisingly adroit and as if they’re corroding the inside layer of your skull.

Like Axel Willner’s The Field, GAS’s output is built up of blocks of samples – many classical, picking at Wagner and Schöenberg, and, like his previous incarnation as BLEI, traditional music you imagine haunted Voigt in his youth. But as opposed to Willner’s brand of Stockholm Syndrome sampling with glimpses of Tusk and Hounds of Love beneath the wash, GAS guts the records and leaves them all but unidentifiable, a mirage of washed orchestral works, losing any previous context as they’re sucked into GAS’s vacuum.

Despite the wavering tone, it’s difficult to peg this all as just ‘ambient’ – this is a taut, industrial direction far from any limp post-rock stew. That so much of Kompakt’s strand of technopop derives from this vacant thread of Voigt’s focus is credit to the muscle of the material. Speaking recently to Rob Young, Voigt said that “due to the mass overkill, loss of values and arbitrariness, the once liberating movement of international minimal techno has degenerated into an uninspired, unglamorous DJ kit, a boring pap”. (You listening, Paape?) Veering off, away from the pop plateaus Kompakt went on to scale, this dense catalogue - with each disk touching an hour - is Voigt’s attempt to climb the same mountain from another direction.

Far from a bloated indulgence, Nah Und Fern is a sunken masterpiece.