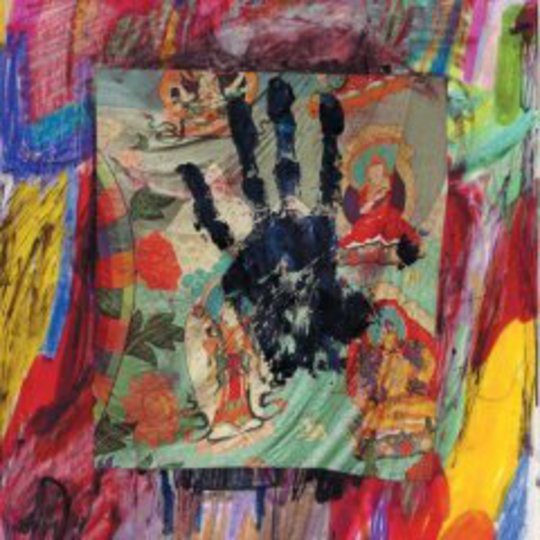 Apparently gathered together in 2005 at the behest of a local poet without prior introduction, Ponytail’s creation story – mythical or otherwise – bypasses the usual tale of like-minded souls hunkered down in the face of adversity in a way that either portends directionless drivel or improbable genius.

Whatever their original intentions, the Baltimore quartet have certainly struck upon an apposite title for their second album, Ice Cream Spiritual. At once mystical and irredeemably silly, their sound invokes a more transcendentally-inclined Deerhoof or, for the obscurists, a more expansive Agaskodo Teliverek.

Like an unexpected fist in the face from a five-year-old, Ponytail’s boisterous pop-punk jams are saved from saccharine overkill with some unexpectedly tight hooks, plus a paradoxical, feathery lightness of touch that makes their music feel orgasmically flush even at its churningest and most densely impenetrable.

For this we have to thank a certain limber sketchiness evident in Ken Seeno’s guitar work, which occasionally resembles Sunset Rubdown’s finickier moments, plus Molly Siegel’s non-verbalised vocal whoops and hollers, which seem exclamatory rather than interpretive in any premeditated way and convey the excitement inherent in the music surprisingly well.

The opening one-two of ‘Beg Waves’ and ‘G Shock’ strike a solid balance between fitful noise and concise melodies, while unusually for ones so obviously schooled in the wayward art of messthetics they remember to close out on a high, ‘Die Allman Bruder’’s exuberantly marshalled tumult bringing to mind a hippy-dippy counterpart to Trans Am’s abstract post-punk.

Ecstatically de trop in the stickiest possible sense, Ice Cream Spiritual’s breathless harping on a somewhat peripheral vision goes to show that, while a little forethought wouldn’t go amiss, it’s sometimes best just to give the baby the rattle and shake well before consuming.

One Day As A Lion

One Day As A Lion EP