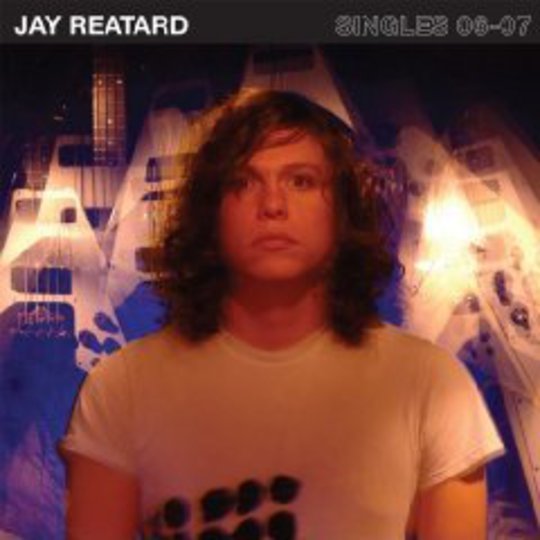 It doesn’t take long for the most casual of listeners to suss that Jay Reatard doesn’t exactly take his music – lo-fi garage rock dripping in catchy hooks and instant melodies – completely seriously. The above quote comes from a track called ‘All Wasted’; it’s one of 17 here, and each is enjoyably feverous of pace and jolly of swagger. They’re not all about zombies, mind.

And now would be the perfect time to draw a parallel between Jay’s frenzied, scratchy pop and the further-out sounds of The Zombies, given how the formulas evident on Singles 06-07 – yes, a collection of singles from the years 2006 and 2007, assembled here prior to Memphis-based Jay’s first LP for new label Matador, whenever that drops – have been present in popular music for some 40 years. But, annoyingly, no such luck: while there’s a ‘60s vibe to a number of songs here, their stripped-back structures make the most obvious comparisons more modern ones, namely Black Lips and, surprisingly perhaps, Supergrass. Sure there’s some of The Sonics in there too, obviously. If you’re in a garage rock band, you owe The Sonics props.

But Supergrass? Sure, just listen to ‘I Know A Place’ (a ringer for ‘Strange Ones’), ‘Feeling Blank Again’ and ‘In The Dark’ and don’t detect echoes of the Oxford trio in their early years. And the Black Lips nod: ‘All Over Again’ opens in such a relaxed scruffy-punk fashion you’re sure Cole Alexander’s about to crack a vocal atop its slowed-down surf guitars. Beyond the rambunctious rockers there are a few surreal surprises: ‘Searching For You’ is an effects-drenched acoustic tale of time killing a loved one slowly, and ‘Let It All Go’ almost serves as a nod to Devo – it features aspects of the seminal art-popsters’ signature dancefloor fever, albeit with Jay’s irrepressible character seeping clearly through the foggy mix.

As with any collection of this nature there are a few disposable thrash-arounds – ‘It’s So Easy’ is a late-album example – but they sit neatly enough beside more esoteric offerings. Jay Reatard is a musician who seems to make the very best of whatever he has access to; as such his obvious ambition is stifled rather by some of the production here, but even at its most red-raw the studio capturing of these songs can’t mask their accessibility and cheeriness.

Singles 06-07 is a listen to enjoy for its no-bullshit attitude, chirpy sing-along choruses and fuzzed-out jagged motifs, and its maker’s amazing productivity: if this represents basically a year of releases, then Matador are going to have to purchase a whole new pressing plant to keep up with Reatard’s alarming appetite for creativity. He’s always wanting more.