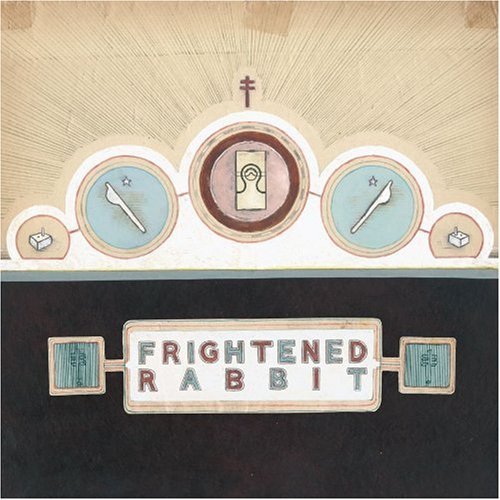 If anything, this record should be remembered as a tribute to the way individuals can pull through even the greatest heartache. »

stunning new full-length from frightened rabbit on fat cat. frightened rabbit's success speaks for itself. having already released a primer single 'swim until you can't see land' from 'the winter of mixed drinks' album, the band have performed on the bbc's culture show, tour dates with modest mouse, highprofile radio plays, tv appearances, print and online press, a nomination for the spirit of scotland award; a televised performance for the royal variety show and a secret, unannounced show at london's lexington. these tracks were recorded by the band and mixed by peter katis (the twilight sad, the national, we were promised jetpacks). over the last two years frightened rabbit have become one of britain's most fiercely taken-to-heart new bands, publically feted by fellow musicians like craig finn (the hold steady), nick harmer (death cab for cutie) and simon neil (biffy clryo).
description from www.roughtrade.com