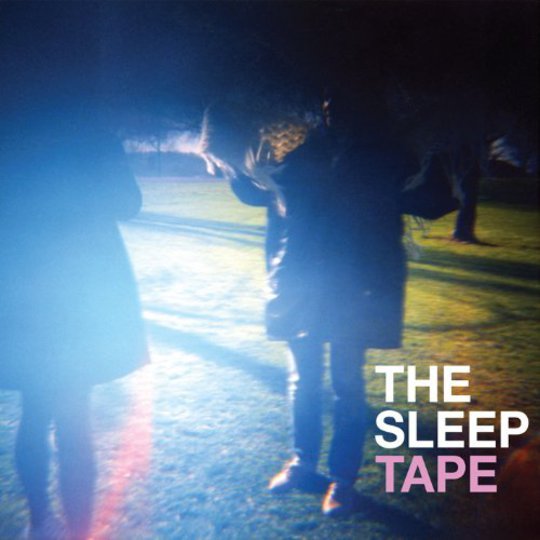 From almost the very start, The High Wire were cursed. For a few weeks into the band's existence in its current line-up, Chris Martin invited them to open at Coldplay's shows in December 2008. And there aren't many things surer to smother a band's progress than an endorsement from pop music's false messiah balladeer. Or open up their music to a far wider audience than they'd otherwise get. All depends on your perspective really.

Let's look at the other ways in which The High Wire have been cursed.

First of all, The High Wire have been tagged as shoegaze. To be labelled as such in early 2009 would mean riding a wave of media interest. Now it's 2010. A new decade. Haven't you heard? It's all chillwave now. The band do operate within the parameters of shoegaze, but there are other influences at work here. Sure, the slowburning, tectonic rock and hazy, filtered vocals of 'A Future Ending' are pretty shoegaze-ish. Then again, there are bits that draw on Spiritualized, or electronica (the instrumental ambience of 'Exit'). It's not the only story. Singer and guitarist Tim Crompton was originally influenced by Teenage Fanclub and The Byrds. Replace the synths on 'Leave Me In Love' with acoustic guitars and it wouldn't be far off. If this is a shoegaze album, then it's one that at least recognises the importance of concise, memorable melody.

Second of all, the album opener 'The Midnight Bell' is better than everything else here. With its string led Caribou feel, it feels like some track that got buried in the late Nineties post club chill out compilation wave. It's better than that sounds, a track of poise, with an alchemy of beauty and wonder. Then again, there are moments that try to match it, and nearly, oh-so-nearly, succeed. 'Pump Your Little Heart' has a chorus that almost manages to replicate those opening churning, nervous fluttering bursts of love. Or there's the early morning swoon of 'It's No Secret', a gentle song which can only be called pop.

Thirdly, The High Wire know when to let the music breathe. And that means there are instrumental passages, and breaks in the flow that could be seen as a lack of ideas / time filling / dull. Moments like the keyboard drone of 'New Lovers', or 'Exit' and its fade in fade out synths. These spaces act as lungs, allowing you to appreciate the epic, multilayered tracks that precede and follow. Pacing is always important to a record, and moments like the lullaby chimes and violins on 'Bodyclocks' create a greater breadth, and make a wider record than The Sleep Tape would otherwise have been. The tracks that burst with instruments would overwhelm if they filled the record.

That's not to say this is the perfect album. There are tracks that don't reach as high as others – 'Letting In The Light' is tedious, a dirge of an acoustic number, with pedal steel over the top. Predominantly though, The Sleep Tape is a record which escapes its curses, giving tracks of hushed reverie and gentleness, and rock songs that swagger and sprawl. The pacing switches between the two, with warm production creating a hypnagogic feel, leaving you in that reeling, spooling mental state halfway between conciousness and sleep.