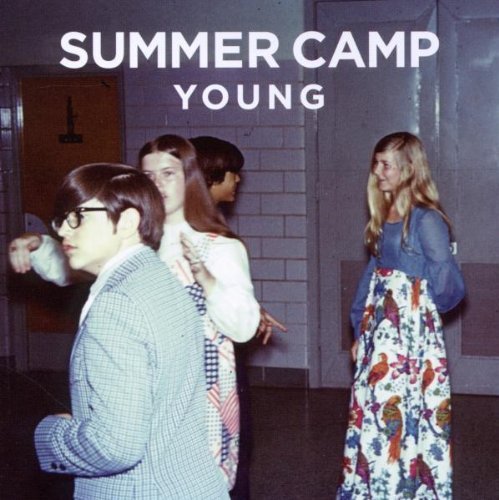 The band have established themselves a sound that’s so genuine and pretty it dispossesses you of any cynicism and pulls you into their world of fuzzy bewilderment. »

one of the most enduring qualities of music lies in its ability to be transportative - the very best songs can take you, almost instantly, to a specific moment in time, or perhaps a particular location, even evoke a specific emotion. it is an immutable relationship we have with the music we listen to, and it is one which the london duo of elizabeth sankey and jeremy warmsley, aka summer camp realise so perfectly, crafting twinkling, pristine pop gems which sound as though they could have been discovered in a trunk in an attic, glinting and glittering like jewels at the bottom of the sea. we first saw evidence of this on their debut single 'ghost train', which reappears on their new, six track ep (appropriately titled 'young') and sounds as yearning, melancholic and beautiful as ever.it also contains the sweetly soaring forthcoming 7" single 'round the moon', which plays out, essentially, like summer camp in miniature, sounding like the best end-of-prom tune never written, complete with whirling, magnetic fields-esque keyboards.
forget any notions of revivalism - summer camp have no truck with that. their commitment to perfect pop craftsmanship is not in service to the history of music; but rather, to the listener, capturing exactly why the potency of a great pop song remains untouched.
description from www.roughtrade.com