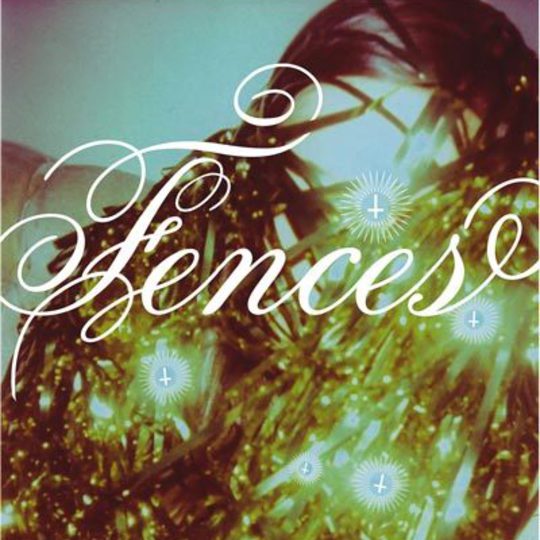 As you read this, there are approximately eight million musicians trying to make a go of it on MySpace. But, upon checking his inbox a few years ago, only one awoke to discover a personal message from Sara Quin (of indie pop royalty Tegan and Sara fame) waiting. So enamoured was she with just a handful of basic demos that the young Seattle-based songwriter Christopher Mansfield, otherwise known as Fences, had self produced and released - in the form of last years Ultimate Puke EP - that she soon offered to produce a full-length album for Mansfield, finance it up front and even lend him her band mates for the album sessions. One could say he struck it lucky. But, what resulted was a strangely perfect paring.

On this self-titled debut, we hear Mansfield lay his battle scars out in song, unveiling a unique and innate talent for intimate and introspective down-on-your-luck lyrics and music, yet one that holds all the pop sensibilities of something completely disparate. Amalgamating subtle influence from the rudiments of jazz, that old school country shuffle, folksy finger-picking, and an indie pop sheen - alongside down-and-out saints with vigour like Townes Van Zandt, Elliott Smith, The Cure - Mansfield shuns all traditional revivalist bullshit and sears vivid scenes rooted in hardship, drinking, despair and fear of losing love into the psyche. Yet, at all times he does so with a hand on his pop pistol, ready to blast completely into smithereens what, on paper, would look like just another hushed singer-songwriter on a downer.

Album keystones ‘The Same Tattoos’, ‘Sadie’ and ‘Boys Around Here’ would in fact be musically at home on any Tegan and Sara record - each brimming richly with energetic, snappy, melodic piano hooks and guitar lines. However, the place that Mansfield roots them, with his choice of lyrics and chord structures, makes them very much a product of his own fucked up world, where disaster is rife. Tracks such as the aforementioned ‘The Same Tattoos’, with its descending guitar line, leap from the speakers like modern day love songs for the young and down at heart. Hipster-pop, if you will. “I was born in the same town as you/ hell, I even think we have the same tattoos… it’s not like you were really gone, but you were and I never felt love,” he sings. The lullaby-like ‘Hands’ laments: “We spent some nights hiding in the sheets/ smoking cigarettes and letting our parts meet” in Mansfield’s trademark resigned baritone – a song which seems destined to soundtrack a Juno-style indie flick. Or perhaps the atmospheric ‘Your Bones’, replete with Fender Rhodes and swirling layers of ambient noise, where he recounts, “She said take me home… I need somewhere to be alone/ with the skin that wraps your bones”. The (un)radio friendly ‘Girls With Accents’ replete with chorus tailored to the emo-teen market, sees Mansfield emote like Robert Smith: "I guess I got just what I wanted/ a pretty girl to live with me/ we split the rent right down the middle/ and all I wanna do is leave… I'm fucking up, I'm fucking up, I'm fucking up everything!" yet, its sickly sweet synth hook straight out of the Tegan and Sara Manual 101 combined with a heavily produced sound, prove how strangely contrasting Fences can be in just one song - pushing that pop envelope a little too far. However, album standout ‘My Girl The Horse’ retains the magic of its original demo by remaining a hazy, shuffled acoustic beauty that washes out and over you like a sunny summer breeze. Then, towards the song's conclusion, it benefits from renewal with the addition of Quin pairing her vocals with Mansfield’s, slowly emerging like a rainbow beneath the sun, following a springtime shower, its bright rays bellowing through its spectrum of colour.

On the electrifying, minor key mope-fest ‘From Roses’ Mansfield paints a scene of regret every person walking this planet can relate to: “Sometimes when I'm all alone/ I wonder if you're at home singing sad songs about breaking up/ and the memory of me is keeping you up/ next to him”. It’s poetic yet never trite – something Mansfield achieves well across these ten short songs that make up his debut. It’s the kind of album that perfectly soundtracks romance from inception through to inevitable dissolution - a warm summer through to a desolate winter. As the final chord of the snappy finger-picked closer ‘From Russia With Love’ fades, you’re left wondering how this isn’t already splattered all over the radio waves. If the world were a just place, it would, but it isn’t - something Mansfield is well aware of. Not that he really has cause to complain any longer.

I Could Sleep For A Thousand Years