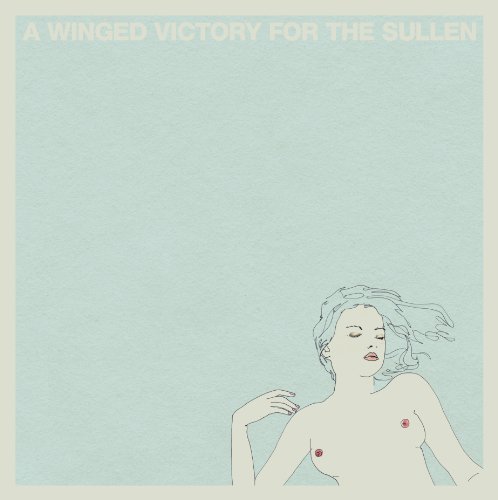 This emotive disc balances a hushed intimacy and vast expanse that places it in a unique sonic terrain.»

'a winged victory for the sullen' is the first installment of the new collaboration between stars of the lid member adam wiltzie and l.a. composer dustin o'halloran. the duo agreed to leave the comfort zone of their home studios and develop the recordings with the help of large acoustic spaces, hunting down a selection of 9ft grand pianos that had the ability to deliver extreme sonic low end. other traditional instrumentation was used including string quartet, french horn, and bassoon, but always juxtaposed is the sound of drifting guitar washed melodies. the recordings began with one late night session in the famed grunewald church in berlin on a 1950s imperial bsendorfer piano and strings were added in the historic east berlin ddr radio studios along the river spree. one last session on a handmade fazioli piano in a private studio on the northern cusp of italy, before the final mixes took place in a 17th century villa near ferrara with the assistance of francesco donadello. all songs were then processed completely analogue straight to magnetic tape
description from www.roughtrade.com