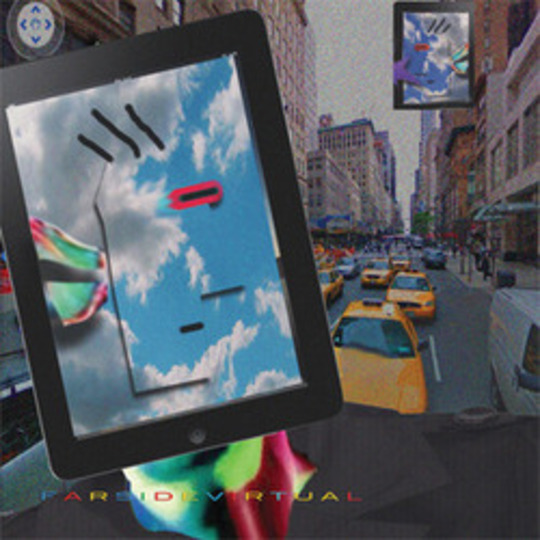 It’s normally a question asked of those in the upper tier of their chosen artistic medium: ‘do you read your own press?’ The implied question being, ‘are you in fact airlessly sealed away from the little people and their peasant opinions, thanks to the trappings of modern celebrity culture?’ Listening to Far Side Virtual, one of the most high profile releases to date by James Ferraro – an American experimentalist who has released literally hundreds of hours of music since 2004 – there might be a similar question to be asked of him. Obviously he isn’t too famous to read reviews of his releases (we could probably open this out to blog and messageboard posts, really), but listening to a lot of them, you could easily believe that here is a man who’s paid pretty much no attention to musical, artistic, technological or political changes in the last 15 years. The themes permeating this album could be read as an attempt to confound people who have him pegged as such.

Through solo and collaborative works – Skaters, with Spencer Clark, are the most prominent, but there are stacks of hardly-distroed one-shot efforts under names like Lamborghini Crystal and 90210 and, hahaha, Nirvana – Ferraro has expressed a pre-DVD, Reagan-straight-to-Clinton aesthetic full of neon vulgarity and deteriorated sonics. (It’s hard to pick a favourite from such a huge discography, but if pushed I’d probably go for this rarely-mentioned project.) Have you had it up to here with vapid, cynical shitbags and their ‘chillwave’ projects named after a breakfast cereal or Ninja Turtles character or something? Ferraro is a little bit to blame, and as much as he’s always walked a more individual path, you’d be forgiven for wondering if Far Side Virtual isn’t the sound of guilt pangs.

It’s millennial, you see. It doesn’t have much, if anything, in the way of wobbly keyboard drones or yacht rock guitars or samples from a VHS of some Eighties box office turkey. It sounds uncomfortably clean and digital. The start of ‘Linden Dollars’, which is also the first few seconds of the album, sounds a bit like the Peanuts theme, but with the most droolingly anodyne electric piano ever. ‘Global Lunch’’s central motif is performed on what sounds like a MIDI imitation of a sitar. ‘Palm Trees, Wi-Fi And Dream Sushi’, amazingly, beats you over the head with its arch eyerolls at modern affluent life even more than its title suggests: narrated by two speech-synthesised waiters, it’s set in some sort of virtual restaurant in Dubai, where “top chef Gordon Ramsay” prepares California rolls and recommends £1,000 bottles of wine. Either Ferraro is telling us that the folks living these lives of Riley aren’t really living, dude, or it’s a sample from Second Life or similar, in which case I’m proud to be ignorant.

Equally, I can only go on the trust of other things I’ve heard people say about the album (feels like Ferraro would appreciate a review that states this) when I note its reliance on Casio presets and undisguised GarageBand samples. ‘Anyone can make music now’ is an old and sad broadside trotted out by threatened heritage rockers, Noel Gallagher being the most recent example. Ferraro’s musical career, and this is one thing that stays in place from his lowest-fi schnorblings to this album, seems to have been a cackling confirmation of that. He and the Skaters have always reminded me of V/Vm, in a way – the gaze is fixed on Palm Beach rather than Preston, but the dedication to taking widely recognised pop tropes and making them weird and obscene is a shared one. You cheer them on just for having the stones to do it, and this turns into actual enjoyment.

As much as there’s nothing aggressive about the outlook of Ferraro, constantly smiling in photos from below his bubble perm and moustache (someone get him a Sergio Tacchini tracksuit for the full Liverpool-fan-from-1986 costume), it always feels like he’s saying: come on you trendwatching outsider music dorkballs, try liking THIS. It’s hard to convey just how square Far Side Virtual actually sounds. Like, you may be aware that Sixties and Seventies library music has been crate-dug and subsequently rendered ‘cool’ by producers like Madlib, but it sounds like our boy has a fascination with the stuff that’s been composed for music beds from the Eighties ‘til the present day, with all its plastic funk and telegraphed drama. When ‘Slim’ marries a sample from Sim City to the sort of grating imitation woodwind you’d expect to hear in the opening credits of a show on Current TV, or when the hysterically ersatz strings come in during ‘Earth Minutes’, you may actually burst out laughing.

There are certainly active emotions fuelling the themes laid out on this album, and I daresay you could identify fragments of meta-commentary. It’s just that you need to take most of it on good faith. The lurid album cover features an iPad and what I understand is a Google Street View image; ‘Condo Pets’, according to Ferraro, is supposed to make the listener feel like they’re an ‘air dog’ inside a socialite’s handbag. Its mixture of pitch-shifting synth tones and quickening drum pads does this rather well, but takes you no closer to figuring out if the composer thinks that air dogs, or iPads, or Carrie Bradshaw (the Sex And The City character who Ferraro imagines listening to this album during her NYC commutes) are good or bad things.

Me, I don’t think this matters – this isn’t an anarcho punk album, we’re not here to be lectured about the merits of ubiquitous cultural flotsam – but after a while, you might be screaming for Far Side Virtual to get off the fence. The Hippos In Tanks label obviously dig this kind of archness (archery?), as I’m left with a feeling reminiscent of the Hype Williams album they put out earlier this year. There’s a lot to admire about James Ferraro, and for better or worse there’s no-one really like him in modern underground music, but you need to be cool with the possibility that you’re getting pranked.