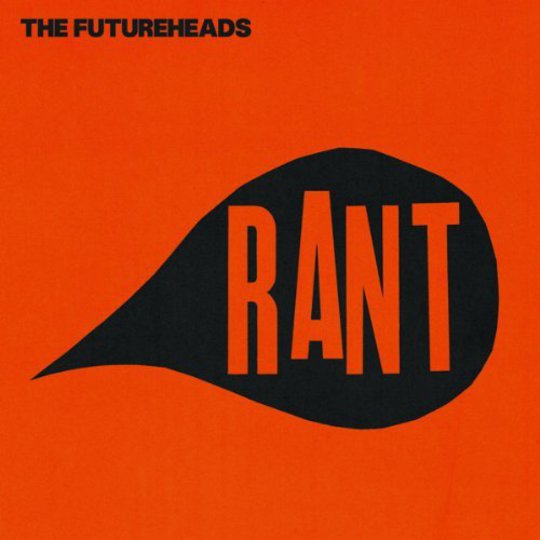 Strange as it might sound, maybe a radical change in direction isn’t what The Futureheads need right now. After all, with the exception of Bloc Party and maybe Franz Ferdinand, everyone’s favourite Mackem artrockers are the only British band from the new revival of (deep breath) ten years ago to have maintained any semblance of credibility. You can’t say that about The Rakes. And what’s more, if you believe what you read in the papers, the new wave revival is itself enjoying something of a, er, revival at certain East London nightspots. Shouldn’t The Futureheads just stick to making the madcap garage rock that they always have?

Perhaps, yes – but they haven’t, and fair play to them for that. In case you weren’t aware, Rant, the band’s fifth album, is entirely a cappella, and while it’s perhaps not as controversial as Dylan going electric, it’s a pretty radical change all the same. Vocal harmonies have of course always been a key part of The Futureheads’ sound: “Oh! Oh-oh” and all that; ‘Danger Of The Water’ on the band’s first album was almost entirely without instruments, save for a gentle organ; ‘Jupiter’ from 2010’s The Chaosfeatured a cappella breakdowns. But a whole album? Entirely a cappella? Really?

Yes, and to be honest the gut reaction to hearing the jagged riffery of ‘Meantime’ recreated by four thick Sunderland accents is to laugh. I mean, it is a pretty funny idea, and perhaps the funniest thing about it is how much time and effort it must have taken to achieve. It’s a far cry from the simple, slow plod of ‘Danger Of The Water’ – on Rant classic Futureheads tracks are reimagined with quadratic complexity, with polyphonic rhythms weaving in and out of time, and piercingly tight multi-tracked vocals. On a technical level, it is brilliant.

Listening to the new version of ‘Robot’ though, as nice as Jaff’s "ah-ah"-ing in the background is, you do sort of miss those famously angular guitars. The harmonies don’t pack the same punch as the old riffs did, and no one in their right mind is going to suggest that the version of ‘Man Ray’ featured on Rant is the definitive one. Of all the The Futureheads’ songs recreated here, ‘Thursday’ is the one that works best. It’s perhaps surprising to see it featured – you’ll rarely see the band play it, or any other song from 2006’s News And Tributes live – but its genteel nature is suited to Rant’s choral atmosphere.

It’s the traditional songs that stand out though, as their textures and tonalities lend themselves to The Futureheads’ elaborate vocal arrangements far more than any four chord power-punk riff ever could. The richly woven, dialect-heavy ‘Sumer Is Icumen In’, for example, is like being transported to a mining village in nineteenth century County Durham, while ‘The Old Dun Cow’ is hilarious, not because it’s a daft gimmick, but because it’s fantastically fun song about getting drunk in a pub that’s on fire.

While less traditional, The Futureheads’ version of ‘The Number One Song In Heaven’ by Sparks also works remarkably well. Its success is down to the band’s skills as singers, as their harmonies are so neat and crisp, they can effectively recreate the kind of choral synth sounds that were so fashionable in Sparks’ heyday. It’s that contextual understanding that makes ‘The Number One Song In Heaven’ a far more interesting listen than the other pop covers on Rant (‘Meet Me Halfway’ by The Black Eyed Peas and, you guessed it, ‘Acapella’ by Kelis). And nothing beats hearing Ross Millard and Jaff practically beatboxing that bubbling synth pattern.

But let’s face it – Rant isn’t the sort of album you’re going to listen to every day. I’d be amazed to see it make any end of year lists, and as for it being a change in direction, I doubt it’s a permanent one. What it is, however, is a timely reminder of what it was that set The Futureheads apart from their peers back in 2004 – they are true innovators, completely distinctive, occasionally mad, but still pretty damn marvellous.

Give You The Ghost