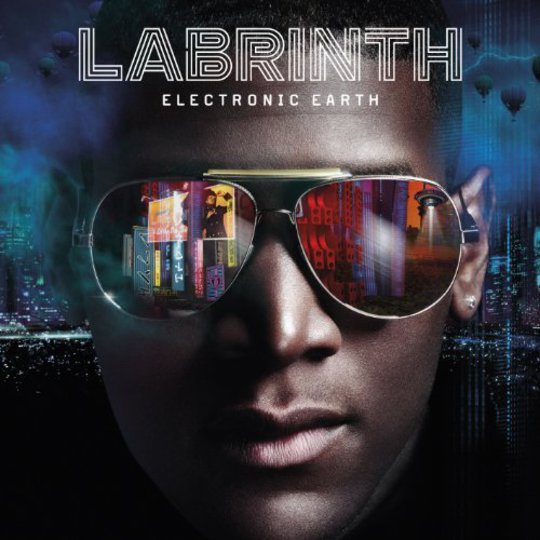 There was no need for Labrinth to make a solo album. As the man behind Tinie Tempah’s electro-grime swagger, Timothy McKenzie could well have dined out on ‘Pass Out’ and ‘Frisky’ until Kiss FM finally got bored of sending him obscene PRS cheques. He could have sat on his contract with Simon Cowell’s Syco label, producing hits for a succession of talent show finalists desperate to lace their near-certain #1 with some urban credibility. No doubt this supremely talented young chap will do all of this anyway; but in the meantime there’s Electronic Earth to contend with.

As easygoing as this debut album sounds, don’t be fooled into thinking it has been tossed out on a whim. ‘Let The Sun Shine’, the record’s UV-glossed first single, hit #3 in September 2010 which in pop terms is practically a lifetime ago. It took until October last year for Labrinth to have another crack at the Top 40 with the giddy bass-gurgling ‘Earthquake’ in hand and Tinie Tempah by his side again. To merely proclaim it was worth the wait is an underestimation on the scale of calling Gotye a tad overplayed. A rip-snorting blast of cocksure fissures and instantly memorable lyrical nonsense, “Labrinth come in”, 2011 rarely had it better.

Mercifully, Electronic Earth doesn’t just crib wholeheartedly from its creator’s past formula sheet for pop glory. The opening piano shuffle of ‘Climb On Board’ proves Britain’s less mopey version of Drake has more than enough ideas left in the bank to make a properly good stab at decent LP. Most recent single ‘Last Time’ may feature run of the mill shout outs to “Ibiza”, “Paris” and “Tokyo” but a whopping great singalong makes up for its over-earnest shortfalls.

That’s Labrinth through and through: he’s a master of creating eminently catchy tunes. The booming synth woes of ‘Treatment’ and “moshpit generation” antics of ‘Sweet Riot’ aren’t at all revolutionary. They are however, guaranteed to bless you with an ear to ear grin. In fact, the biggest chink in the armour of this former Yasmin, Ms.Dynamite and Devlin collaborator is that he sometimes rubs off as a child going a bit nuts in a sweet shop.

‘Can I re-imagine Charles Wright & the Watts 103rd Street Rhythm Band’s "Express Yourself" so it wouldn’t seem out of place in a student nightclub brimming with cheap booze?’ Absatively. ‘Can I get Emeli Sandé to feature on a tender ballad that isn’t outstandingly boring?’ Why the hell not! ‘Can I nick the chorus to ‘Big Yellow Taxi’ and splice it into a song about sexy times?’ At a severe push. ‘Can I make them all fit together under the same roof?’ Erm, just about.

In the end, Electronic Earth comes off more as a greatest hits collection than an album proper but that’s no bad thing. It just goes to show Labrinth has plenty of room left with which to stretch his wings. By the sounds of this, he’s only just getting started.