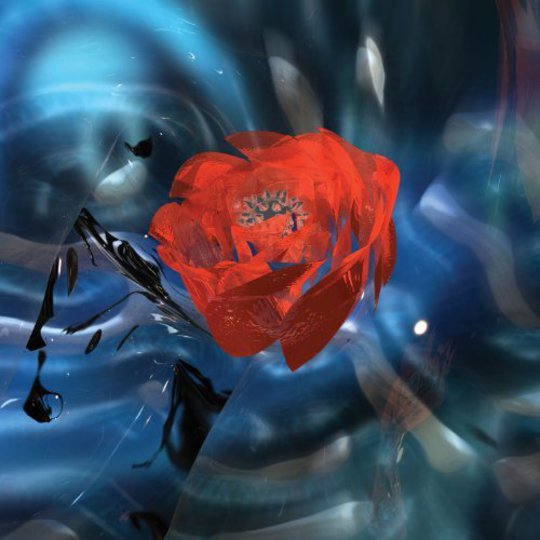 Dance culture and religion sometimes clash in the most peculiar of manners. One of the most bemusing examples of this odd pairing is a classy trend for christening nightclubs with such sacrilegious names as Heaven, Paradise, Cloud 9, Salvation… etc. Quite what the genesis is for all these dancefloor dioceses is difficult to say. Perhaps they are the remains of a once regular congregation of disco followers, now attended by those in search of 'the Drop' - who knows. As for whether these chapels do fulfil the promise of their holy signifiers is a question for the club's evangelists to answer.

But not many could offer a more appealing vision of clubtopia than that of Logan Takahashi and Nick Weiss of Teengirl Fantasy. The imagined inspiration for their project, undertaken whilst studying at Oberlin College, is part religious epiphany, part dance euphoria: "Sometimes when I close my eyes I picture a club far away where there is free piña coladas. People are happy and no one can hurt me, not even myself". 7AM, the debut album of the since graduated duo, was divined from that fantasy of "possibly the most beautiful club I'd ever been to". As its time-specific title suggested, it belongs to the drunken stupor and existential yearning of the early after-hours of a night-out. A mix of well-crafted Balearic pop and Chicago house, 7AM's sound matched the strength of its grand concept.

So where, or rather when, have Teengirl Fantasy moved onto? Tracer, their second album released on R&S Records and True Panther Sounds, might be a night at its peak rather than at its ebbs. If 7AM was a "pulsating ball of light" then Tracer is the harsh beam of SFX lasers cursoring and scanning through a dingy club.

Stripped of any chillwave elements, Tracer owes much more to techno than the house vibes of the previous record. Teengirl reuse a number of recognisable stock Nineties sounds: from the squelchy bleeps on 'End', to the cheesy electronic panpipes and chimes on 'Inca' and 'Eternal' as well as the sharp claps of drum machine on 'Vector Spray'. One other notable addition is the swathes of gloomy ambient synth which fill the record, an oppressive choice of backing that often stifles any lasting impression of an individual song.

What does stand out though are the numerous guest vocalists, which Teengirl seem to have opted for instead of samples. A worthwhile decision, on 'EFX' at least, as Kelela's vocals transform the track into a dance pop wünderhit. Both the Laurel Halo and Panda Bear collaborations are sadly somewhat dreary by comparison, making Tracer sag at its centre. 'Do It', featuring Romanthony of Daft Punk vocalist fame, is a bold attempt at an anthem club, a half-ironic take on Will.i.am or Guetta if you will. All it does succeed at though is being an unbearable experiment. Perhaps its inane chorus of "I'm going to do it do it / I want to have some fun I'm not the only one" is a critique of nostalgic obsession, a cry to live in the moment - but it's more likely it's just a bit naff. All the more dismaying, then, to think that songs like 'Cheaters' and 'Dancing in Slow Motion' eclipsed many, if not all, singles released back in 2010.

Even so, Tracer is not wholly disappointing. Opener 'Orbit' deconstructs all the elements of Teengirl Fantasy into their sparest fragments: stuttering off-beats, minimal keys and swirls of synth all echoing in the vast space the surrounds them. If only they had pursued this particular vision further, what an astounding return it might well have been.