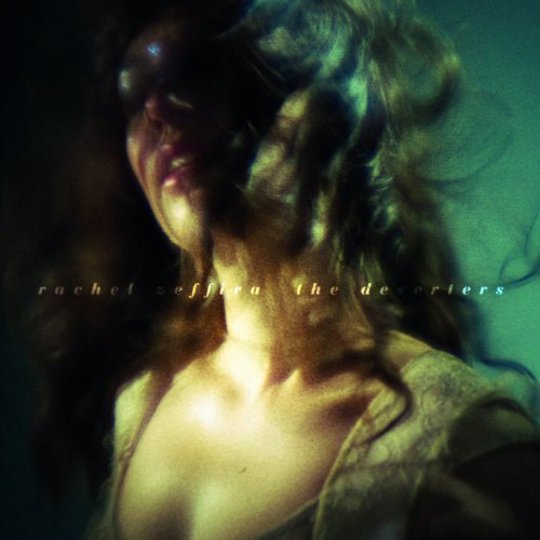 Classically trained soprano and multi-instrumentalist + Faris Badwan = good? I know, right? But it’s true. Back in 2011, Rachel Zeffira and the Horrors frontman formed the unlikely duo Cat’s Eyes, released an EP and a full-length album, and soon had critics cooing and purring at their musical offerings. Now Zeffira’s written, produced and played loads of instruments on her first solo album, The Deserters.

It sounds more or less as you’d expect an album written and performed by an accomplished classical musician with contributions from some of the UK’s finest psychedelic rock bands, to sound: like an orchestra having a rave in a haunted house. It's the diversity of instrumentation and the subtlety with which each new sound is introduced and manipulated that makes this album stand out. The blend of soft Schubert-esque piano accompaniment with baroque pop beats and indie rock guitar riffs is a bold one, but it never sounds confused. Zeffira has meticulously crafted a musical style for herself.

‘Break the Spell’, a kaleidoscopic, bouncing, disco tune, sounds like a Kate Bush who’s been smacked over the head with a harp, slightly concussed, hanging around with the wrong crowd. ‘Star’ is a chillingly simple song, with the most lyrical interest of the album; it manages to be simultaneously vague and personal, aloof and deeply sad: "I don't know, who cares? All I know is that he's a different... He's a good friend." Not dissimilar, ‘Waiting for Sylvia’ is lilting, calm and beautiful. It’s perfectly balanced, expertly orchestrated and somehow evokes a reaction of very physical longing.

Amidst this gloriously eerie gothic pop, there are a few bum notes. Compared with the quality of the other tracks on The Deserters, ‘Front Door’ feels like a saccharine, beige blob with no backbone. It’s a big cringe on an otherwise cringe-free record, and it’s a shame it’s been allowed to remain there. The cover of My Bloody Valentine’s ‘To Here Knows When’ lacks authenticity and feels forced throughout; for me, there’s definitely such a thing as too much flute. This is that.

There is no doubt that Zeffira understands instrumentation and orchestration; she knows which sounds she wants to produce, the effect they should have, and exactly how to achieve them. Her floaty and thus lyrically unspecific vocal has a tendency towards sameyness, which could become a problem on a longer album, and the dependence on certain instruments can prove wearisome. But really, this an attention-grabbing debut album from a unique and fascinating talent, who has more than demonstrated her validity and potential as a solo artist.