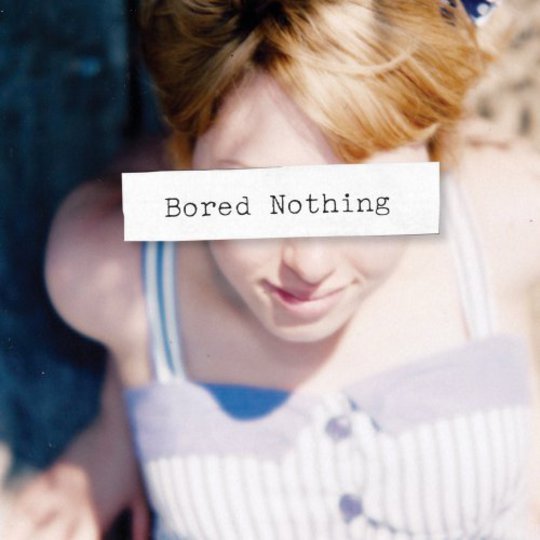 Slacker rock, a suitably vague term for that spectrum between Pavement and Modest Mouse, is characterised by lo-fi recordings, apathy, and a gentler, indie take on the core components of grunge. As with everything Nineties, it’s been having something of a revival lately, with everything from Yuck’s grungey guitars to Christopher Owens’ DIY apathy finding fairly mainstream success. But of course, though it might seem careless and ill-thought out, there’s more to successful slacker jams than meets the eye.

Bored Nothing - the very name oozes adolescent indolence – have fallen into the trap of believing that basic, lackadaisical tunes will be carried through on the merit of the slacker lifestyle they so embody. In reality, their self-titled debut is little more than apathetic melancholy with scant musical interest to back it up. Like every teenage backyard band, multi-instrumentalist and singer/songwriter Fergus Miller has been drawn in by the gentle desolation of the Cobains and Elliott Smiths of the slacker dream, but either doesn’t have the talent or maybe just the work ethic to provide Bored Nothing with much substance. As the man himself says, 'most of the work that went into developing my sound involved watching Seinfeld and eating frozen pizza' – a solid slacker sentiment, but maybe a bit more development would be useful next time.

The record is dominated by simplistic stoner riffs - not in the good, Queens of the Stone Age sense, but rather that of those greebo kids who used to sit around in parks, playing the same three chords over and over, occasionally interspersed with ‘Smells Like Teen Spirit’ - and a never-changing guitar tone that sounds like the shitty overdrive setting of a tinny practice amp that soon grates. Similarly, the rhythm section never really varies – an obvious drawback of a limited budget and one guy playing everything, despite the ‘real-life slacker’ kudos it allows. Genuine DIY recording is a tough trick to pull off, and perhaps Miller has just been somewhat over ambitious, but one can’t help but feel that for someone so obviously shooting for the Owens or Smith sound, the production (so effective on the aforementioned records) has been catastrophically overlooked. Likewise, with so little variation, at 14 songs, it’s entirely overlong and quickly becomes very repetitive.

Despite all of those gripes, it’s not completely unrelenting. Opening track ‘Shit for Brains’, though titularly sounding like an old hidden Green Day track, does a better Girls imitation than most, with clean electric guitars whirling under more vaguely discontented lyrics – “what's wrong with sleep / oh compared to weed it's cheap/ but my dreams are always keeping me awake” as well as the depressingly successful snipe – “oh it’s so nice to see / that you’re using your degree”. Elsewhere, the inverse-Cobain ‘I Wish You Were Dead’ brings a bit of spunk to the proceedings, with a pleasing, looping surf-guitar hook holding the song together, as Miller lays his washed-out vocals over the top. Similarly, the lullaby-ish ‘Get Out Of Here’ features a Dylan-esque folk guitar lollop, as well as more Elliott Smith-esque vocals – all heartbreak and dalliances with the law, “I’d carved a tree / with your name and mine / and the sentiment of cheap red wine”.

Ultimately, it’s all just too lazy. Yes, I know that’s the point, but this really is slacking overkill. To paraphrase many a teacher, Bored Nothing just needs to try harder at sounding like he’s not trying.