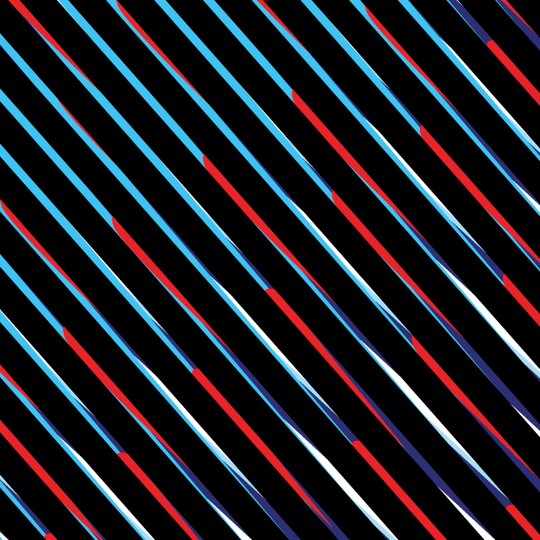 The man in the tribal mask has been keeping quiet. Three years on from Aaron Jerome’s excellent debut, and he has left us hanging. Fortunately though, SBTRKT is back with this little hors d’oeuvre, a timely amuse-oreille to tide us over until his next LP drops. A six track EP, Transitions is closer to Jerome’s earlier pre-Sampha and Jessie Ware work, a shimmering collection of atmospheric instrumentals and dense, complex productions that really allows SBTRKT to take centre stage and tantalise listeners with his sound’s latest developments.

On a purely titular level, it initially seems to be quite a defensive set. A transition, rather than a final product, track names including ‘Resolute’, ‘Stifle’ and ‘Hold The Line’ don’t conjure the most progressive connotations. There is however, no doubt that Transitions marks a significant step forward for SBTRKT, bringing a new lean, sparse element to his existing style. Certainly it’s less overtly commercial than SBTRKT, but it packs no less punch. There’s a certain restrained strength – a definite sense of power in reserve combined with metronomic, looping motifs – that calls to mind the xx’s debut.

Opener ‘Gamelana’ combines a cicada beat with an uneasy, wet-trainer, metal-on-metal squeak as a constant, matte synth chimes out an innocuous, deceptively catchy riff. There’s an oscillating, uneven edge to it, slightly sinister and unstable – the vague whiff of a bad trip; electronic swings and roundabouts, fear and loathing in the playpark! Elsewhere, the synth arpeggios continue in a fresher, more daytime-friendly fashion with ‘Resolute’, which brings a faint 8-bit vibe to a disco beat, and ‘Stifle’, a trilling, liquid slice of wake-up ambience laced with a choppy, clapping beat and slivers of wonky synth. Perhaps most different of all is the colossal ‘Highs + Lows’, which whacks slabs of shuddering bass over a spare change-jangling beat. Undisguised dancefloor fuel, it manages to be psychopathically dark whilst irresistibly danceable – forget feeling the bass in your chest, stand close to the stacks for this and your eyelids will vibrate.

Transitions may be styled as an EP, but it’s only being released in hard copy as three distinct 12-inches. Digitally, the tracks sync up with an eye-watering interactive website that calls to mind those 'visual high' videos that were so utterly ineffective. Better still, the vinyl sleeves and inners interlink to create the same trippy Moiré effect: far out! It’s a cool package in an industry increasingly flooded with quirky formats and marketing tricks, but then, SBTRKT has always excelled at visual accompaniments. All told, it’s a revealing glimpse into the machinations behind the mask – and there’s no doubt that SBTRKT is moving into gripping new territory. I’m fascinated to see what Transitions turns out to be a stepping stone towards - bring on the full length!