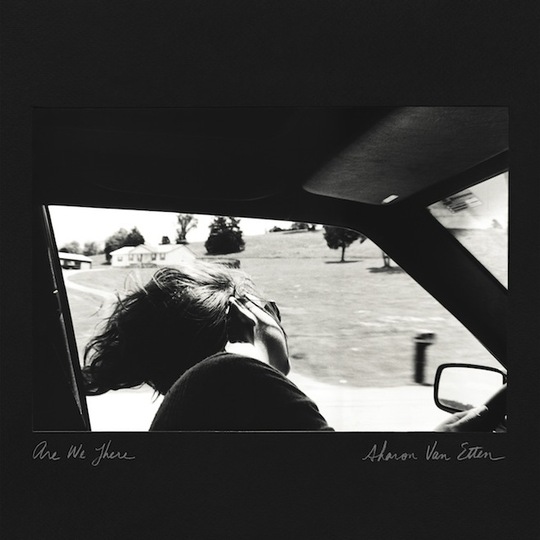 Some would argue that most albums, by default, are 'heartbreak' or 'break-up' records. The bitter tang of a relationship’s end, the cruel stomach-twist of the just-discovered betrayal, the fading memory of a once blooming love now withered brings to the fore the songwriter’s skills, focusing talent, redoubling intensity as they deal with personal disaster through song. The lost love song, even more so than the love song, is the most valuable hard currency of recorded music.

On Sharon Van Etten’s follow-up to her indie-star-studded and often beautiful breakthrough record Tramp, her mind is not necessarily grappling with the end of something. No, harder, she appears to be attempting to catalogue the sins of a horrifying, abusive relationship while still neck deep in the situation, attempting to find hope, to glimpse a future while desperately trying to stay afloat.

Van Etten achieves this in a breathless, downbeat flurry of songs about blame, agony and those desert dotted glimpses of an oasis that too often prove to be a mirage.

The self-torture is perhaps best displayed on the gory ‘Your Love Is Killing Me’, in which her remarkable, shuddering lyrics order “Break my legs so I won’t walk to you / Cut my tongue so I won’t talk to you” as a martial drum unleashes a waterfall of release, her voice spectacular but not some meaningless fireworks display, rather an incendiary, relentless confessional.

There’s more savagery on ‘Our Love’ which blends Van Etten’s usual, masterful winding harmonies and drifting guitar with casually horrific lines like “You say I am genuine / I see your backhand again” before clambering out of the deep n’ dark to deliver a heavenly chorus replete with processed handclaps and the like. The line “From the bottom of a well / I’m reliving my own hell” offers unsettling shades of shades of Richey Edwards.

There are moments like this all across the record; the Neil Young quake of ‘You Know Me Well’ thunders “You know me well / You show me hell” – simple, direct, terrible. “I will see this through” Van Etten promises herself later and it’s profoundly upsetting; “He can break me with one hand” she lilts over a shining shoegaze guitar line on ‘Break Me’, a tune with the giddy feel of a John Hughes movie theme, the kind that fills the dancefloor, the kids, gratefully, oblivious to its meaning.

The centerpiece of the record may be the high hum, low strum, horn-driven ‘Tarifa’, a song that sounds exactly like a hungover early morning drag on an unwanted cigarette. “I can’t remember anything at all” she declares, later adding the childlike, eye-watering “It was seven – I wish it was seven all night” alongside the now to-be-expected “Chew me out when I’m stupid” self-loathing that runs, a black river, through this album.

Its companion piece is ‘I Love You but I’m Lost’, a song that Ryan Adams would have been happy to snaffle up for Love Is Hell or Cold Roses (in fact there are a great many songwriting and stylistic similarities between Van Etten and Adams at his very best) which gives the impression of listening to a close friend relay a terrible, unrepeatable secret, a whisper in the ear at a loud, late, crowded bar. The melodies are jaw-dropping, the vocals damaged, vulnerable and yet empowering. “Tear stains on the last page” notes Van Etten and it’s easy to believe there are.

Musically the album benefits from Van Etten stepping away from the production of The National’s Aaron Dessner – her own approach yields far more dense, rich results that match the lyric-heavy songs, even when the instrumentation seems minimal.

Indeed it is a deep, dragging record; listening to it an experience akin to wading through particularly delicious molasses and it will take the hardy listener a good few attempts to find the key by which they can unlock most of its treasures. The most obvious starting point would be the unrepresentative but brilliant single ‘Every Time The Sun Comes Up’ which offers Van Etten’s most accessible tune since ‘Give Out’ and presents vintage-era Patti backed by Galaxie 500, if such a wonderful thing were possible.

In saying that though, fans of the likes of The Antlers’ Hospice, Sun Kil Moon’s Benji or even, dare one say…oh go on, fuck it… Bob Dylan’s Blood On the Tracks won’t need an easy in to begin decoding the eminently tuneful, soulful sadness held in the grooves of this record. The album’s cover - Van Etten hanging her head from a moving car window maybe asking the question posed by the album’s title adds to a the following notion: perhaps next time around she will be in the seemingly preferable situation of offering us a classic break-up record replete with regret, betrayal and stomach-twisting. It would be a sweet relief in comparison to this, one of the most vivid, involving, troubling albums about the trials of love in recent memory.

The Pains Of Being Pure At Heart