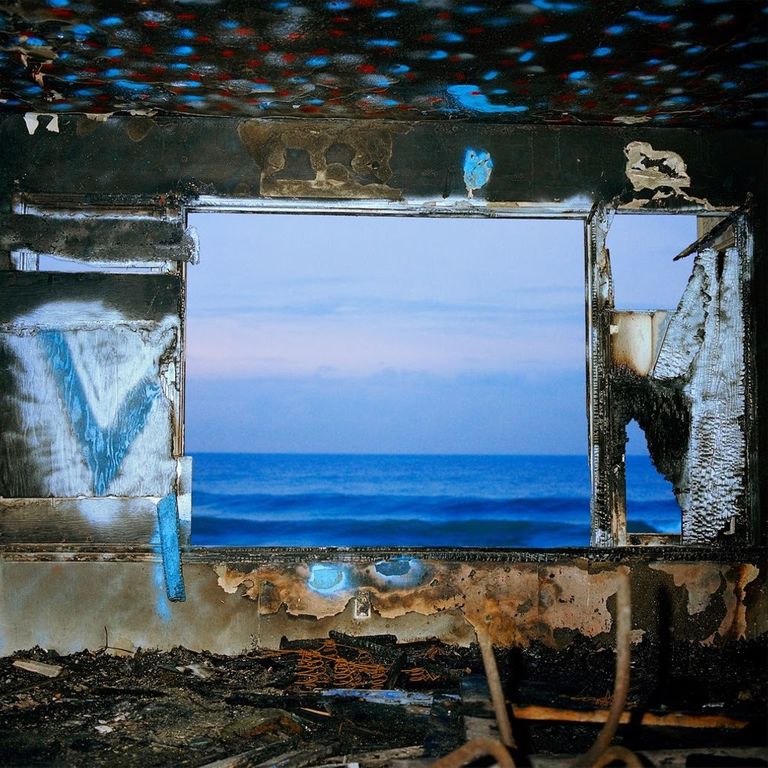 Another superlative achievement from a band who are, in essence, one of life’s great mysteries.»

'Fading Frontier' is the seventh studio album by Deerhunter on 4AD. The record was made by founding members Bradford Cox, Lockett Pundt and Moses Archuleta, and bassist Josh McKay. Written in their hometown of Atlanta, GA, production duties were shared by the band and Ben H. Allen III, continuing a collaboration that began with 2010's 'Halcyon Digest'. Following the death-rattle garage catharsis of 2013's 'Monomania', the group has shifted towards something strikingly balanced, focused on melody and texture. The songs are brighter; if not in content, then in the album's production. Starkness plays against clutter in what is the band's most complex yet accessible work to date. Cox and Pundt share lead vocal duties (a first for the band) on the enthralling 'Breaker', while the darker 'Take Care' (featuring Broadcast's James Cargill on synthesizers and tape manipulation) and 'Leather and Wood' - a strange hybrid of J.G. Ballard's dystopian grey-skied science fiction and the most Spartan Motown downer imaginable - paint a varied spectral landscape. Elsewhere, the likes of 'Snakeskin' showcase a sinister flirtation with minimalist funk, whilst Pundt makes a typically masterful statement with the synth-diffused 'Ad Astra', which culminates in one of the album's most transcendent moments. 'Fading Frontier' shows that a decade in, Deerhunter has lost none of its intensity. As the group matures, so they have grown into the most consistent purveyors of art-rock of their generation.
description from www.roughtrade.com