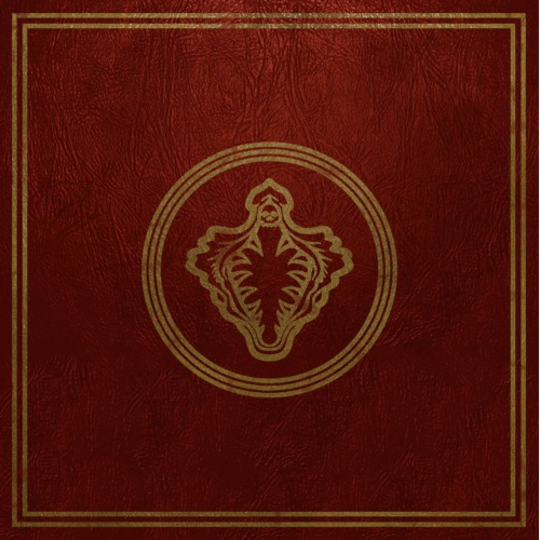 Cult Norwegian noise rock act Årabrot haven’t had it easy in recent times. The band’s leader Kjetil Nernes was diagnosed with malignant throat cancer when on tour in 2014. The treatment was, he affirmed in an interview with The Quietus, 'as close to real physical and psychological hell as you can ever go'. Remarkably Nernes was back in action with Årabrot a mere six weeks after completing treatment (doctors has originally suggested a recuperation period of up to six months). Last year the band released the short, sharp mini-album You Bunch of Idiots and now they are back with a full-length in the shape of the comprehensively titled The Gospel.

Typically for the band, this is a weird mixture. Starting with a declaration of war, in the shape of a title track that threatens to out-Melvins Melvins with its deconstructed sludge racket. Soon enough, however, The Gospel has veered off in several other directions. ‘I Run’ has shades of everything from Coil to Swans to the Afghan Whigs, all the while sounding like Peste Noire are churning out some raw black metal in the background. Then ‘Tall Man’ enters at a march and everything goes a bit Cardiacs, replete with huge slurred chorus.

If all this conjures fears that The Gospel might be a rather unpleasantly disjointed record then banish your worries now. There’s a clear thread that holds an Årabrot record together: the fact that, ultimately, all the influences that feed into their psyche result in albums that don’t quite sound like anything else. This is something that has always been true of Årabrot, but never before has it been quite so true. It may not be the case that The Gospel is full of incredibly radical ideas, but it is certainly true that the balancing of the ingredients here sounds strikingly different to anything else out there.
br>

As ever with the band, the closest comparison is probably Swans, but whereas in the past Årabrot were more reminiscent of Gira and company’s early material, now they sound more akin to the genreless mass of sound that characterised 1998’s landmark Soundtracks for the Blind. One suspects that of the excellent guest cast on this record (which also includes Nernes’ girlfriend, the electro-pop star Karin Park, Stephen O’Malley, Ted Parsons and Kvelertak’s Erlend Hjelvik), it’s Nurse With Wound/Current 93 noisenik Andrew Liles that has had the biggest impact. The Gospel is frequently backlit by layers of NWW-esque noise. On centrepiece epic ‘Faustus’, we are faced with a deluge of sounds, ranging from the identifiable to the anonymous. It’s a whirlwind of noise that produces arguably the most impressive moment in the Årabrot back catalogue to date.

This lack of focus on noisy heft also reaps benefits in terms of making The Gospel Årabrot’s most compulsively playable record to date. The aforementioned duo of ‘I Run’ and ‘Tall Man’, as well as the likes of ‘Ah Feel’ and ‘I Am the Sun’, are as addictive as anything we’ve heard from Nernes and his collaborators to date. The introduction of keyboards as a regular weapon in the band’s arsenal is especially important in this regard, adding a new source for melodies that counter the violent squall that remains at the heart of Årabrot’s sound.

So yes, Årabrot are still unhinged. There’s still the sense that this is a dangerous band – not in the theatrical manner that compatriots like Mayhem are dangerous (although there is an urgent sense of drama present on this album) – but in the sense that there’s a psychological edge most other noise bands lack. However, here we also see a side of Årabrot that’s ever more suitable for the fading, decaying grandeur that surrounds all of us: one that is increasingly sonically diverse and eloquent. The doctrine of Årabrot has never seemed so appropriate.

I Like It When You Sleep, for You Are So Beautiful Yet So Unaware of It