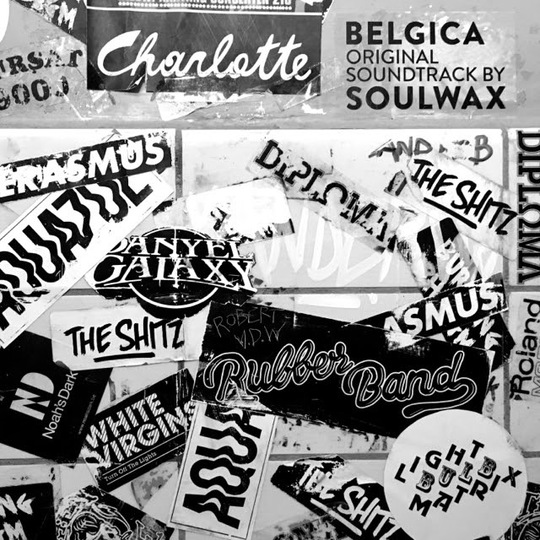 There was a spell in the very late Nineties when it seemed like the Belgian Invasion would sweep all before it. dEUS had just released of one of the great indie singles, taken from an album full of quirky charm and inventiveness, and stood of the cusp of genuine success. Soulwax, a raffish bunch decked out in pastel-coloured bootcut suits and led by the Dewaele brothers David and Stephen, were hot on their heels with retro-ironic covers of Prince and Nik Kershaw, and a neat line in the sort of studied, stylish music that made them seem smarter and cooler than just about anyone else. Add in the likes of Zita Swoon, Evil Superstars, Millionaire, and Mitsoobishy Jackson, and it’s no wonder the eyes and ears of London’s A&R army were drawn to what was going on across the Channel.

It wasn’t immediately obvious that 16 years later, Soulwax would be the ones working with James Murphy and operating at the cutting edge of the musical spectrum, but then they were always ahead of the game; from a brilliant, tongue-in-cheek deconstruction of celebrity DJ culture to those cover versions, which pre-date the Live Lounge tradition that is now so ubiquitous, they sensed the prevailing cultural mood better than anyone. Of course, the greatest irony is that they only shot to global fame and stardom when they swapped guitars for turntables and mastered the mash-up, but as 2 Many DJ’s they didn’t just invent a genre, but a whole cottage industry. So successful have they been in this guise that we’ve only had one Soulwax record since, 2004’s Any Minute Now, even if they did remix themselves for the following year’s Nite Versions.

So it’s a little strange that after keeping a low profile and focusing all their energies on clubland they’ve returned with this, a 16-song soundtrack to Belgica, the new film from their Oscar-nominated countryman Felix Van Groeningen. Never ones to shy away from doing things differently, the Dewaele’s invented 15 fictitious acts, each with their own sound, style, and backstory, and wrote and recorded the tracks in personae over the course of more a year. The genres on display range from kraut techno to bequiffed psychobilly via hardcore punk, thrown jarringly together in a kaleidoscope mix of sounds. As a test of musical archaeology and songwriting skill, it’s a hard enough ask; that most of these tracks work – and some are genuinely thrilling – proves just how adept the brothers are at bending pop history and norms to serve their own vision.

And it’s not just everyone else’s past they mine either, for some of these songs could be long-lost Soulwax session tracks; ‘How Long’ wouldn’t be out of place on Much Against Everyone’s Advice, while the pounding rhythms and repetitive, processed lyrics of ‘Turn Off The Lights’ is very Nite Versions. Even their work as 2 Many DJs is referenced, ‘Caouthouc’ sounding like a Studio 54 house mix of the best two Eighties 12-inches you’ve never heard of. Of course, tracks like this should be great, it’s what they’ve done so well for nearly two decades. Far less comfortable are those that sound nothing like Soulwax; the rollicking punk of ‘Nothing’, recorded with Sepultura’s Igor Cavalera, and the scuzzy garage rock of ‘The Cookie Crumbles’ are competent enough but never really convince, ditto the stomping, dark, slide-guitar country of ‘Don’t Wait Up For Me’.

But these are minor quibbles. Soulwax’s great triumph has always been re-writing the rules as they go along and coming up smiling, the geeky music obsessives dressed in tuxedos who conquered the weekend while re-defining cool. Belgica is no different really; it’s hard to imagine anyone else even attempting such a project, never mind pulling it off. The great wonder is where they might go next time they don their Soulwax hats; when they reach the point of playing live versions of their 2 Many DJ’s material, it’s obvious even they themselves have lost sight of any dividing line. Ten years was a long time to wait, and as good as this is, it’ll be even better when they come back as themselves.