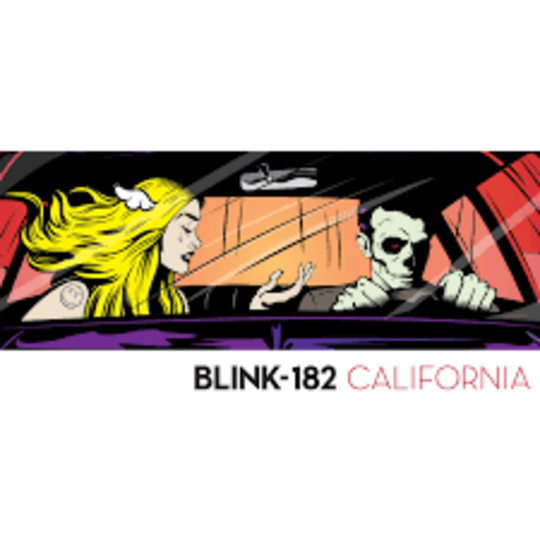 There’s a theory, espoused by no one but me, that Tom DeLonge’s departure from Blink-182 happened way before 2015. In this version of events, DeLonge was abducted by aliens after the Blink hiatus of 2005 and replaced, The Last Starfighter-style, by a DeLongebot who has prowled the earth ever since.

DeLongebot studied his doppelgänger hard, but if you listened closely there were tell-tale signs. On Blink’s 2011 return, Neighborhoods, those signs were neon-bright. His voice was altered, no doubt a result of DeLongebot’s time at the Thom Yorke School of Enunciation for Aliens Who Can’t Sing Good and Want to Do Other Things Good Too, and his guitar sound was birthed from digital processing too scratchy for human comprehension. Live performances were in mocking deference to fans who believed they were in front of the real DeLonge: whole songs’ worth of lyrics were compressed into a solitary, unidentifiable word, while the correct chords flew close by, but always out of reach. He had to go.

Now it’s 2016, and the new Blink record is upon us, with Alkaline Trio’s Matt Skiba taking the thankless task of replacing the cybernetic imposter. It was a fairly obvious choice, but the question for Blink is now one of relevance. Pop-punk will never die, but its identity has shifted slightly. The rise of bands like Knuckle Puck and Real Friends has shown there is an audience for something more dynamic, aggressive and emotional than Blink’s discography can offer. There are outliers, of course, as far back as ‘Adam’s Song’ or even ‘Dammit,’ but the conflict between who they were and who people thought they should be was always evident. The most successful depiction of maturity to which all three members of Blink contributed was DeLonge’s short-lived Box Car Racer project in 2002. What do we even need from them now?

That question is mostly answered in the first few seconds of California, and with Mark Hoppus’ first line: “there’s a cynical feeling saying I should give up: ‘you’ve said everything you’ll ever say.’” After this subdued opening, Travis Barker’s hummingbird-pace drumming is everywhere, followed by Skiba leading the song out with a defiant snarl. Hoppus’ love of his band has never been in doubt, and with ‘Cynical,’ he outlines his position: let Blink be Blink.

In the nicest possible way, it sounds like they could piss these songs out all day – they have a carefree vibe that makes them easily likeable. Neither Hoppus nor Skiba get enough credit as writers, and their natural melodicism proves complementary. Skiba rounded back into form with 2013’s My Shame is True, and his input here results in a lot of California’s best moments. On both ‘Left Alone’ and ‘San Diego,’ he batters a pretty middling Hoppus verse with a planet-sized chorus that suddenly makes the whole thing worthwhile, and the rougher edges of his vocal give the record some grit that John Feldman’s production unwisely tries to mask everywhere else. And while the ‘Mark = first verse / Matt = second verse’ formula gets predictable really early, they do mix it up a bit and repeat plays dull the initial annoyance.

Whether it sounds like a Blink-182 record is anyone’s guess. As much as they’re often dismissed for possessing limited range, the band have never really released an album that sounded the same as the one preceding it. Since Enema of the State they’ve been reactionary creatures, striving to avoid stagnation by pushing against what came before. California sounds like the work of a band filled with the joy of existence, giving in to every pop indulgence or production trick that could stuff in one more hook before the end. There are pick-scrapes and ”whoah-oh” backing vocals EVERYWHERE, and even the dumb, seconds-long throwaway tracks have their own charm. Some moments, like ‘She’s Out of Her Mind’s “a-a-a-antisocial” bridge are too 5SOS for their own good, and Taking Back Sunday’s ‘There’s No ‘I’ in Team’ gets a liberal reference on the title track, but mostly you’re having too much fun to care. Hearing a 44-year-old man make a premature ejaculation joke has never been so enjoyable.