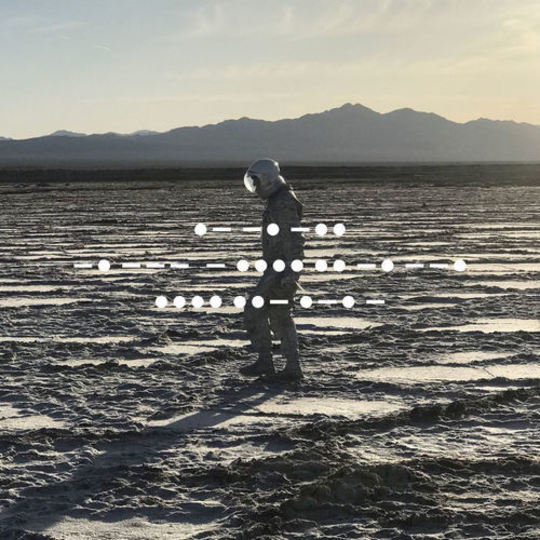 Imagine a world where Keith muscled his way past Mick to helm the Stones and somehow had Jimmy Webb for a songwriter partner. Ta-dah! You’ve got Spiritualized. Except these days Spiritualized consists of just Jason Pierce painstakingly assembling this music on his own, in the spare room of his East London home. The humble location has no bearing on the music he makes, however and is as wide screen and cinematic as Pet Sounds, except, unlike Brian Wilson, he’s landlocked and the noise of the occasional ambulance going by sometimes seeps into the songs.
br>

It might not have worked out this way. Mr Pierce’s self-medicated ’indulgences’ could have set him on a path to a medical facility of some sort - after all, his previous band, Spacemen 3 recorded albums with snappy tiles like Taking Drugs to Make Music to Take Drugs To. Fortunately for us, he was clear headed enough to piece together what is undoubtably one of the finest albums of 2018.

If you’re familiar with Spiritualized, you’ll have a rough idea of the terrain And Nothing Hurt inhabits. Gospel choirs and orchestral instruments rub up against filthy electric guitars, topped off with Pierce’s low-key drawl. And rest assured that the quality control is as high as ever. It might be six years since the last album, but it was worth the wait.

Pierce has described And Nothing Hurt as ‘like a field recording that’s made by Phil Spector’, which is pretty accurate. At the core, the songs are pretty simple, but they’re embellished superbly. ‘A Perfect Miracle’ is a gentle, lilting country ballad, but swelling strings and massed vocals lift the piece to another level altogether. And that’s just the first track. ‘I’m Your Man’ (no, not a Wham! or Leonard Cohen cover) has a lovely, narcotic “Exile on Main Street Feel” and once again, the arrangement is gorgeous, underpinned by an unfussy, bluesy guitar line. It builds and falls in a very agreeable fashion. ‘Here It Comes (The Road) Let's Go’ keeps that mood in place but with a little bit of glitchy weirdness thrown in, just to keep the listener on their toes. If the album had finished there and then, it would have been worth the Spotify subscription, but it keeps on going…

When Pierce cranks up the tempo, he’s just as convincing. There is a brace of rockers on And Nothing Hurt which would get even the most hardcore of wallflowers shaking a tailfeather. ‘On the Sunshine’ and especially ‘The Morning After’ with its churning rhythm and off kilter brass and guitar parts are highlights of a record that’s peppered with good things. The latter track weighs in at 7.42, but it’s gone in a flash.

If you’re looking for the secret to life, the universe and everything else in the lyrics, you’ll come up empty, I’m afraid. Words are kept simple - “Hold my hand awhile, we’ll go out in style” from ‘Let’s Dance’ is a case in point. The good thing is, they dovetail perfectly with the music and Pierce’s delivery makes the words sound ragged and soulful. He does throw in the occasional gem like “Quell the cavalier child” from ‘Damaged’ every now and then.

The album finishes with “Sail on Through” – a luscious, dreamy piece with everything including the kitchen sink and a few lines of Morse code thrown into it. When its extended coda curls to a stop, the listener is left exhausted and satisfied. Are Spiritualized fans the kind of people who wave their lighters in the air at gigs? I guess we’ll find out soon enough.

Pierce is lucky to be in any condition to be making music at all, following a bout of double pneumonia as well as liver disease, which may explain why the album has a certain analgesic quality to it - a calming, hypnotic balm to relieve physical pain. And Nothing Hurt indeed. If it wasn’t for the addition of the two up-tempo tunes, this would be the aural equivalent of having a warm bath whilst on a morphine drip. Or a bucketful of really nice ice cream. ‘I think it’s a very optimistic record, or quietly optimistic. That was the intention’, says Pierce and in this rather unsteady world we live in, we all need optimism. I’m not sure I want to hear many more records consisting of angry pop musicians shouting about how terrible everything is. Those people need to relax a bit and turn off the lights, get comfy and dive in to And Nothing Hurt. You should too. But don’t make any plans, as you’ll be in no condition to do anything for quite a while.