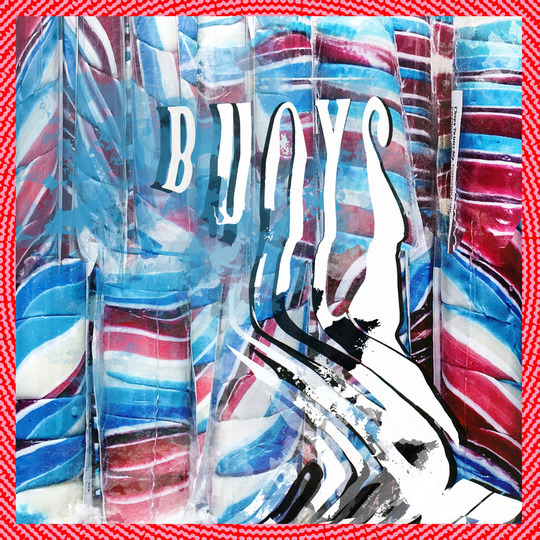 The more time that passes since the heyday of Animal Collective, the harder it is to believe that they were once the high royalty of US indie music. What untraceable chain of events parachuted their acid-tinged, torn and frayed, polyrhythmic mutant-pop to the late-Noughties mountain top? It has been the subject of some recent debate, with the decade anniversary of Merriweather Post Pavilion recently passing, but nevertheless it is safe to declare that the 2010s zeitgeist has been far less susceptible to their mysterious allure.

As this decade now begins to draw to a close itself, Panda Bear offers his most minimal form of psych experimentalism so far. Like Tomboy in 2011, Buoys is a record that leans heavily on the use of something called a guitar, a machine that Noah Lennox may once have played a role in de-popularising in his community. He has certainly rarely used it as conventionally as he does throughout this album.

The nine tracks that comprise Buoys are disarmingly straightforward, a rare glimpse into the unaltered state of Lennox. His acoustic guitar plays the role of his confidante, a virtual 31-minute conversation between vocal chords and fingers, as honest and personal a document as he has ever produced. “In the space between/Comparisons to you/Us, the odd frustrated crowd/So vile,” go the self-damaging lyrics to ‘Dolphin’, to be pep talked back into élan by the following track, ‘Cranked’: “Guy on the ropes/Don’t give up hopes”.

We are a long way from the dense production complexity of 2007’s Person Pitch. Found sounds and characteristic electronic splutters are sprinkled throughout Buoys, but in such sparing quantities as to provoke gentle synaptic flashes of the Panda Bear of old, rather than the full immersion. There is a classical singer-songwriter emerging from the haze here, one that still talks in riddles, but that wants to reach out. “Want to tell you/That I want to tell you…” is the lyrical cycle that Lennox rolls through at the climax of ‘Token’ a number of times, never getting to the point.

There is a gentleness at the heart of Buoys, but there is a sense of inner turmoil too. Over weepy strings and his ever-present finger-plucking, ‘Inner Monologue’ features a female voice heavy-breathing and sobbing, whilst Lennox sings, “One to one/I can’t become”. The track, like most here, is blessed with a simple melody that charms and cradles the listener, an increasingly inviting hook on repeated listens, but in that sense it is no different to any previous Panda Bear/Animal Collective release. The change is that now, without the erratic arrangements and wacked-out production, the melodies have an unobstructed path into our consciousness.

That this set of songs with a gentle, personal musical touch and therapeutic lyrical themes should be titled Buoys can be no accident; these are actually little nuggets of music that could offer solace to somebody who feels that they are sinking. They are certainly light enough to float, and, if you will forgive one last crass metaphor, they may just provide a navigational guide to safety for anyone stranded in dangerous waters. Now, when could you ever say that before about a Panda Bear album?