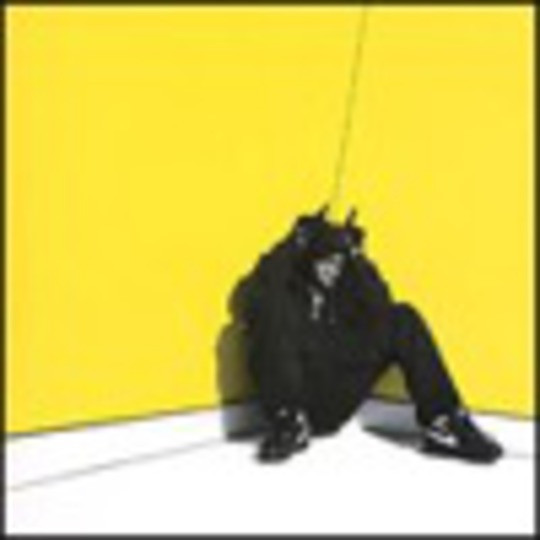 Step out through the streets. Nothing but grey concrete and deadbeats. Post-comedown clubbers making their way home to the monotony of another week on the dole. Fights breaking out down the local kebab shop. Geezers eyeing up the birds, holding their pints aloft and getting that little bit lairier. Sound familiar?

Twelve months ago, we were told this was the sound of the streets. But although Mike Skinner appropriated council block chic on the cover of '_Original Pirate Material_', his streets were as much Bromley as Brixton. **Dizzee Rascal**, aka 18-year old Dylan Mills, charts a far bleaker world, where guns, drugs, violence and teenage pregnancy all feature prominently. This, you feel, is a far more desperate world than anything chronicled on 'Original Pirate Material'.

'Boy In Da Corner' begins with the loss of innocence. On opening track 'Sittin' Here' Dizzee muses _"it was only yesterday we were playing football in the street? only yesterday life was a bit more sweet, now I'm sitting here thinking 'what happened?'_" over a gorgeous oriental-tinged melody while tyres skid, sirens blare and gunshots echo in the faint background.

It sounds incredible. Dizzee's main virtue is that he is both a great MC and a fantastic producer. This stuff sounds unlike anything you've ever heard before, but oddly familiar nonetheless. The first single, 'I Luv U' is a case in point - it's garage-rap, but not as we know it, revolving around a propulsive, slab heavy bassline, crashing minor-key synth stabs and frantic jarring beats that slap you round the face - you get the feeling that the Aphex Twin, never mind So* *Solid Crew, would love to still be making music as forward-looking and viscerally thrilling.

Lyrically, 'I Luv U' is 'Billie Jean' relocated to a council estate in Bow. Except there's no "Mama always told me" moral core here; Dizzee has knocked up a 15-year old girl, then denied having anything to do with the kid. In fact, he's more interested in who else she's been seeing behind his back and what he's planning to do to him. Crucially, though, his rant is grounded by the presence of an anonymous female rapper who echoes his words, providing the alternative perspective and questioning how much of what Dizzee's says is to be interpreted literally. It's not the last time we'll be driven to ask such questions.

There are moments on 'Boy In Da Corner' that are even better. The Billy Squire-sampling 'Fix Up Look Sharp' bounds along on an irresistible stadium drumbeat while Dizzee boasts of "flushing MCs down the loo". 'Jus A Rascal' kicks off with a cod-operatic chorus before launching into a rollercoaster of guitars and skittering beats over which Dizzee unleashes his most awe-inspiring intense flow - the sheer volume of words spewing forth puts most rappers to shame. And on 'Brand New Day' Dizzee manages to sound simultaneously hopeful and full of dread, while Eastern pentatonic chimes and bubbling synths entwine to give the album its most unashamedly lovely moment.

More problematic, however, is 'Jezebel', on which Dizzee tells the story of a girl who sleeps around, spreads STDs and then gets herself pregnant. It's the flipside of 'I Luv U', only this time the female voice is absent. Dizzee himself jumps between narrators, from leery but hypocritical blokes ("_where you from hot stuff? I really hope you're not a jezzie_") to moralistic preaching, pity and all-out contempt. Eventually, she gives birth to "_two more of her, two more jezebels_", tying into the pervading sense of futility throughout the record. The song concludes with the once-more-unnamed girl "_wishing she could go back to the old school, and make better choices oh what a fool? if only she was six years younger, damn_", and you feel the empathy I suspect Dizzee is trying to convey. But its delivered in such a way that leaves a nasty taste in the mouth nonetheless. Thankfully, the presence of a lovely pizzicato string arrangement helps sweeten this bitter pill.

'Jezebel' is 'Boy In Da Corner' in a nutshell. There's very little that's shied away from here, which is what makes so alternately thrilling, poignant and disturbing. If Dizzee has a real, conscious voice, it's on the closing 'Do It' - this album's 'Stay Positive', on which 'Sittin Here''s oriental chimes reappear, backing Dizzee's plaintive cry of "no one understands us" and over which he offers the album's one moment of unfettered positivity.

'Boy In Da Corner' may dwell on inner city decay, but Dizzee's exploration of these issues is a world away from Skinner's cartoonish geezerisms or the tiresome hectoring of Ms Dynamite. It's an amoral universe, in some way refreshingly unjudgemental ("_Queen Elizabeth don't know me... how can she control me, when she lives neat and I live street?_", he raps on '2 For'), at other times frustratingly ambiguous and sometimes downright unpleasant. But its also mad, joyful, tender, beautiful, funny, endlessly quotable and insanely danceable. And at a time when so much music is little more than a safe retread of comfortingly familiar territory, Dizzee's uncompromising vision is refreshing. Because quite frankly, if 2003 produces another record as ambitious, innovative, thought-provoking or just plain important as 'Boy In Da Corner', I'll be amazed.