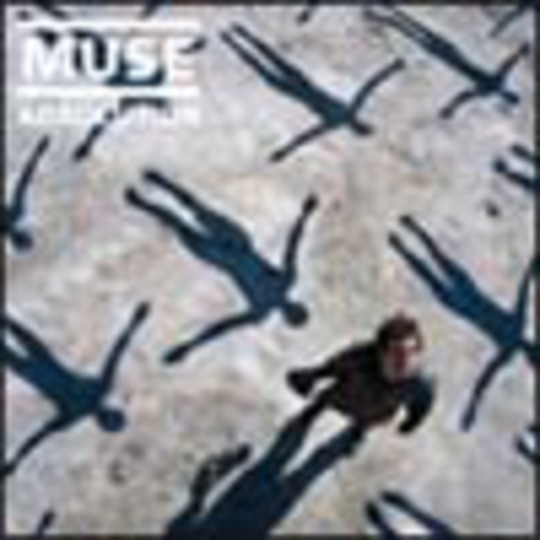 **Come hell, high-water, hail, fire, and indeed brimstone, Britain’s finest rock band are back and it’s time for something biblical.

** Bin your chaos theories because Muse have returned to prove that evolution is for mere mortals. With their third studio album, 'Absolution', they have crafted a truly elemental opus. Elevated beyond earthly reason it’s 'Origin Of Symmetry' lifted to startling new heights. Buffered with a greater sense of ambition it truly is devoid of competition.

Audacious piano crusades pulsate through the space-race funeral serenade that is opener, ‘Apocalypse Please’. The kind of confrontational pillars of sound that belie Muse’s years and numbers, it’s on the same scale as ‘Bliss’, but heightened by a more vivid and refined simplicity. And it’s this simplicity that makes comeback single ‘Time Is Running Out’ one of their best to date.

A typically warped, war-torn bassline, colliding with that ever blissful pop sensibility that Muse exude, its superficial beauty is wrapped around truly sublime playing. The drumming is every bit as good as the guitar and bass. ‘Endlessly’ too, is a welcome change from the bombastic operatics, as Matt brings it all down, swooning over a drifting, two tone synth, backed by a simple, lamenting tin-beat. It’s almost eighties sounding, but with curious little nuances throughout, it never loses itself amidst its stripped-down splendour.

Which brings us nicely to the inter-stellar guitar battle that is ‘Stockholm Syndrome’, possibly the most audacious and grandiose rock song of the last ten years. It’s where the sentiments of virtuosic muso munchkin, Matt Bellamy, become as crystal clear as his gruesomely beautiful voice. "Look to the stars…we’ll love and we’ll hate and we’ll die unto no avail," he gleams. Similar themes to Coldplay's 'Politik', except where Chris Martin and co simply stargaze, Muse Earthgaze from a distant star. These undertones of purity, fear and emotion override the whole record, and as the ricocheting solos clamber over each other, fighting for sonic superiority, you feel that the most progressively rock tune on the album must surely be the peak of this whole glorious affair.

Perhaps it is, because by the time we reach ‘Hysteria’, it seems like ‘just’ another overdose of future-rock, but there’s no dead weight here. It is true that Matt’s vocal phrasing does often plagiarise itself, but when the song lurches into the three-way harmonic guitar instrumental it all becomes clear. Absolution isn’t about revolution, it’s about elevation. Everything about Muse is on a completely different level to anyone currently claiming to be best band of the week. The only hyperbole here is the music.

The most painfully beautiful moment is the masterfully gushing ‘Falling Away With You’. Twinkling with the kind of meticulous guitar picking trademarked by Vinnie Reiley (The Durutti Column), it's the closest Matt comes to bearing a soul. Whilst the bursting middle section gushes into typical, extravagent Muse, gloriously juxtaposing the quiet part, the exquisiteness of the song definitely lies with the melody and guitar playing of the mellower sections, rather than the operatic hollering of which do occasionally threaten to overbear.

Sometimes though, they're incapable of going over the top. "Got to change the world and use this chance to be heard," Matt parades on ‘Butterflies and Hurricanes’, as if it’s one of ten commandments. The track bursts and resonates across desolate minor chords, riveting time-signatures and flamboyant string arrangements. It isn’t just the masterful musical ability on show, nor even the quality of their songs, it’s their violent longing and instinctive ambition. This track is Muse coming of age. It's absolutely wonderful.

Reason, referencing and the constraints of genre took their leave of Muse long ago. As the possibility of any band coming forward to better them disappears faster than the last ‘revolutionary’ garage rock act, we're left to salute them as the best rock band of our generation. So scream for the guitar album of the year and sing for Absolution. God knows, we'll be singing.