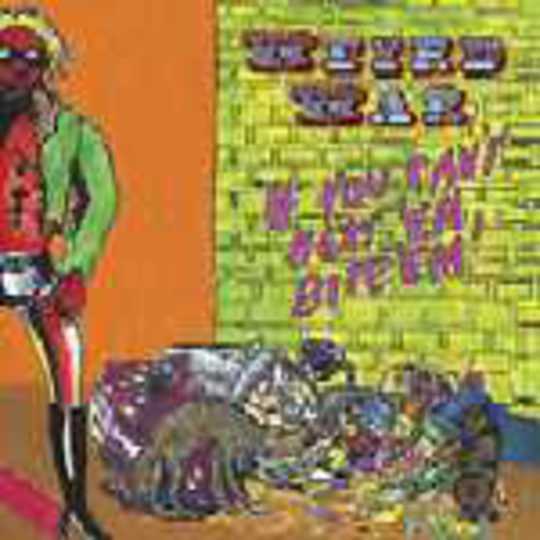 Take bluesy rock as one, distant reference point, filter it through frantic guitars, and juttering interference, throwing in mutated post-Holocaust musical atrocities and you may have something along the lines of 'If You Can’t Beat ‘em, Bite ‘em'.

Weird War’s strobing absurdity of rock’n’roll is warped by the pressure of a choking distaste for following the beaten path. Indeed, '...Bite ‘em' is often rendered almost unlistenable because it simply doesn’t sound like anything. There is a structure under there somewhere, with each song held together by a strong beat, but said cohesion is all but lost under stuttering guitars and vocals. It should be a horrible noise, and yet it fascinates. It's a mind-stretching listen with a bizarre, grotesque musical visage that will eventually make sense.

Aesthetics aside, the looped guitars boast an intense, pent-up energy which never really takes flight. Ian Svenonius' breathless vocals give a similar sense of unfulfilled potential. The whole thing is taxing to listen to; that hemmed-in taste of sour adrenaline is extremely contagious.

It’s been too long since someone ripped through the scenery to the extent that Weird War have; long may they continue.