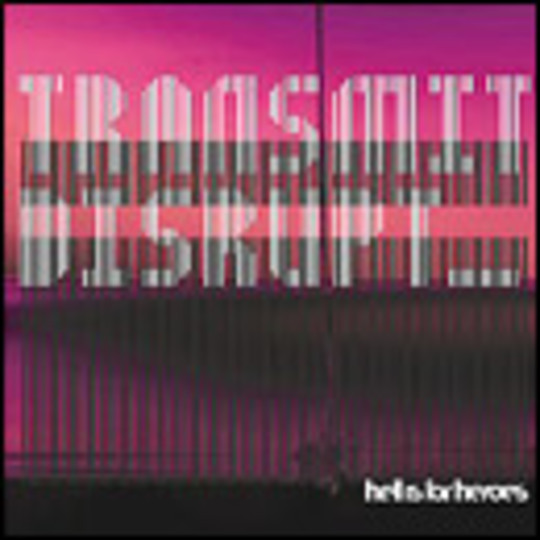 There is no doubt about the fact that 'The Neon Handshake' was a good record. I would even go so far as to say it was a great debut that became more than enough to back up *Hell is for Heroes' *rabble-rousing live show that has seen them accumulate a hefty legion of followers. Alas, the record was received poorly and their major label didn't want to know about the second album. You hear this story far too often.

Transmit Disrupt, then, is a make or break attempt at regaining the position of one of Britain's finest and self-releasing the record on singer Justin Schlosberg's Captains of Industry label is more of a "fuck you" to the system than an easy way out. Make no bones about it; there is nothing easy about this record.

Many had listed this album to be one of the next greats and as expected there are some mighty impressive tracks on display here. Gone, however, are the numerous crunching palm-muted chords used so liberally on their debut in exchange for a cleaner, less distorted but more frantic guitar sound seen more on ‘Sick/Happy', even venturing occasionally toward comfortably rolling picked riffs in ‘They will call us Savages'.

Schlosberg's passionate rallying call pervades each song with a sense of urgency and zeal so often missed from other bands. His cries and yelps fall perfectly in the standout tracks of the controlled stop-start frenzy that is _‘Folded Paper Figures' _and the thunderously epic _‘Silent as the Grave' _while his measured, emaciated whisper sets up the title track with ease before settling into a grandiose finale.

While the band has focused its sound with a greater sense of art and vigour, musical variation is much less sparse. Indeed, with the inclusion of two short measures of buckled feedback aimed at being instrumental tracks there is an impending sense of each track merely blending into the next without fashioning the kind of identities that tracks such as _‘I Can Climb Mountains' _and _‘You Drove Me To It' _from their debut have done. Sadly, it seems that *Hell is for Heroes *are destined to be the perennial hard-working band that play hundreds of shows each year but will never sell quite enough records to make the mark they so thoroughly deserve to leave behind.