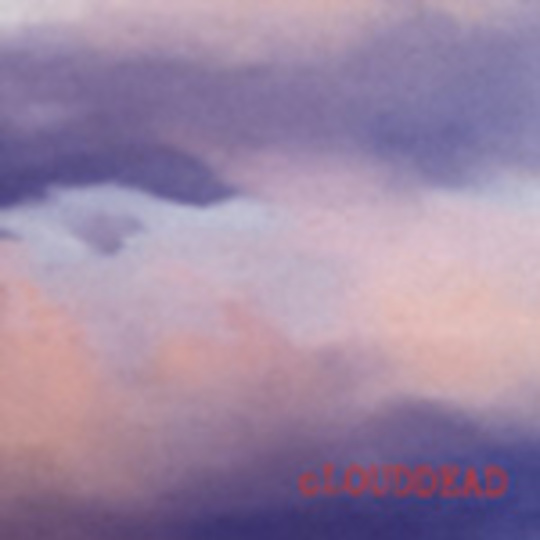 cLOUDDEAD wasn’t released all that long ago; it was 2001 when it slid from the incestuous sheets that mark every scene and moved the posts which defined avant-rap’s boundaries a little further apart. It was a gorgeous, melodic anomaly, owing as much to bedroom electronica as it did to hip-hop; but the real achievement of the record was its coherence; the manner in which it took six distinct parts and effortlessly merged them into a single engrossing sprawl.

It is an overwhelming, confusing, meandering descent into seasonal decline. Maybe it has a conclusion – purposefully obscured behind the walls of stolen synthesisers and 8-bit beats - but it doesn’t matter, and it isn’t necessary. Every hit of every dusty drum, every layer of hiss, and every mischievous sample is a moment to be savoured.

'Odd Nosdam''s production is an exercise in semi-lucidity, organising sound into swelling, bubbling orchestration that drifts casually in and out of its listener’s consciousness, never precise – rewarding repeated listens with tangible permutations. Of the few instrumentals on show, 'No. 5 part one' is perhaps the most striking; a layering of keys which ebbs and flows with a subtlety that makes it hard to spot the melodic transitions which occur in its five minutes. The fact that the song’s arrangement isn’t particularly complex is made irrelevant by its ability to coil itself around a listener, to perfectly involve - that low fidelity tape fuzz just augments the effect. In its apparent simplicity, the album consistently finds the perfect sound.

But perhaps the record’s most involving facet is its words. cLOUDDEAD’s lyrics are scatter-brained abstractions which make sense only in images. 'Dose One' and 'Why?' use a child’s imagination to speak thought-provoking pictures in crisp, nasal tones, circumnavigating the lazy regression of, say, Beat Happening, to find a dual approach of fresh perspective and intelligent expression. 'Jimmy Breeze' explores the character of its titular hero and much wider concepts of loneliness with wit and an innocent, empathic solemnity. Why? raps, of himself; ‘we seem to be sinking deeper into a vat of honey glaze, shall we live, or shall we laminate ourselves into a standard appetizing position?’. It’s one of the fleeting moments of immediacy which punctuate the album, prompted, perhaps, by the over-eager but understandable desire of Breeze to compromise, to fit in. Over seventy-four minutes the emcees flit through questions and (shock!) answers in a series of amusing, bizarre and profound situations (and at least two of those adjectives can only rarely be applied to consciously 'experimental' hip-hop).

In the end, the album’s perfection is not a product of its originality, but rather the marriage it forms between accessibility and innovation, and while it would be misleading to infer that an album so expansive will fully reveal itself upon first listen (it won't), what is truly classic about cLOUDDEAD is that it is so unusual and yet so expressive and warm, so easy to be swallowed by. If there was ever an album worth losing yourself in, this is it.