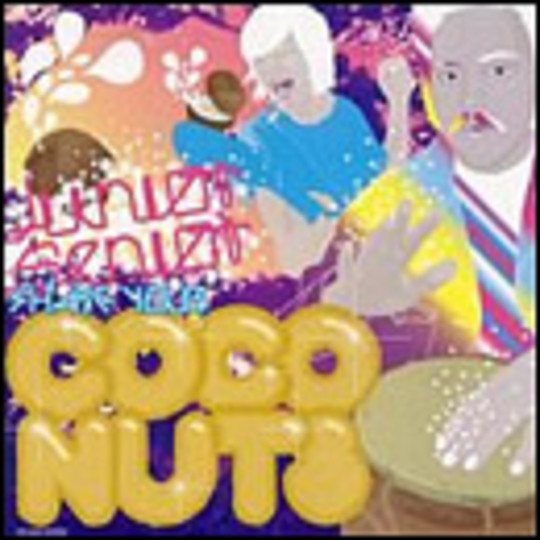 Junior Senior are the flavour of the month. Really, they have every quality you could currently desire: they’re Scandinavian, one is thin, one is fat, they have absolutely ludicrous song titles like 'Chicks and Dicks' and it’s impossible to imagine either of them returning home after a hard day's work and drinking to forget. They must just keep on dancing. Moreover, they haven’t as yet acquired the desperate look of a Har Mar Superstar (a man clearly living on borrowed time) perhaps because - somewhat auspiciously – their appeal stems from something [slightly] more substantial than a pair of sordid briefs.

That’s right, Junior Senior even have some songs! Not a great number, granted, but 'Shake Your Coconuts' is one of the special ones; a bombastic, head-spinning collision of the unabashed enthusiasm of classic Basement Jaxx singles and that song by the Hives (remember them?) that thumps along for two and a half minutes with the manic air of an idiot-savant of indie-rock rhythm.

Which is all well and good; but the track pales in comparison to the DFA remix, which veers toward self-parody in the manner in which it replaces almost the entire musical backdrop of the original track with a spattering drum machine loop and a bass line that surely came straight from 'Echoes', creating a bizarre Frankenstein-of-the-club of a finished product. The DFA, in short, are the Neptunes of the dance-punk movement. And while this analogy is ever so superficial and not a little chronologically flawed, Junior Senior could well be its self-conscious Vanilla Ice. And you do remember Vanilla Ice. Junior Senior know themselves well enough to last as more than a memory.