Ever Fallen In Love (With Someone You Shouldn't've)? 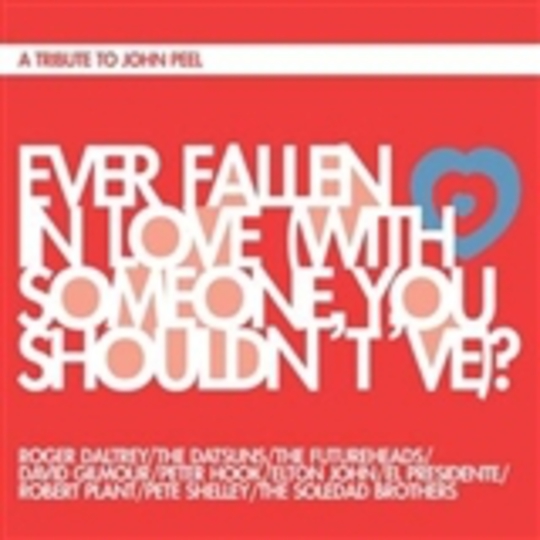 As Elton John lines up with The Futureheads and Robert Plant swaps plectrums with the Soledad Brothers, it would be hard not to imagine John Peel having a little chuckle to himself while Ian Curtis and St. Peter look on in wonderment.

As tribute singles go, 'Ever Fallen In Love (With Someone You Shouldn't've)' sticks closely to the original, which is hardly surprising considering two of its creators, Pete Shelley and Steve Diggle, appear on the record. In fact, the cast list makes pretty impressive reading - along with those already mentioned there are cameos from Pink Floyd's Dave Gilmour, The Who's Roger Daltrey and New Order's Peter Hook. Oh, and El Presidente of course (?).

Still, it's all for a good cause (Amnesty International) and at least there's no Heather Small solo section in the middle eight, which is a bonus in itself. It loses marks though for the fact that Mark E. Smith and David Gedge - two mainstays of John Peel's show for the last three decades - are conspicuous by their absence.