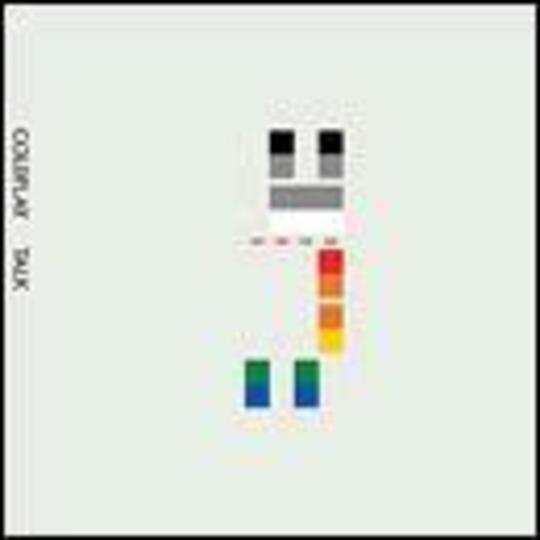 Oh, you know: waa waa waa, waa waa, waa waa waa waa. With a video in space. And a torch. And some guys that have, quite improbably, become global superstars; it's all a million light years from the first time these eyes focused upon their figures, swaying slowly in time with their perfectly accomplished but ultimately dull indie rock, back at the Manchester Roadhouse. They weren't even headlining.

What's changed, exactly? It's tough to call: 'Talk' is anthemic in all the traditional ways. It's tailor-made for the easily pleased to begin their lighter waving, and the way the guitar mimics the vocals - waa waa waa, et cetera - is pop songwriting at its best, albeit as original as a boyband key change. Chris Martin's vocals are certainly less impassioned than they have been, but they fit the fairly unambitious but pleasant enough music about them perfectly. 'Talk' is Coldplay in their safety zone, with no need to pull an ace from their sleeve. It's big-sounding, lavish in its production, and has a hook that'll infuriate Christmas shoppers from department store to department store. They know it'll sell, you know it'll sell: this review is entirely irrelevent.

Coldplay do have some fantastic songs to their name, songs that will always serve as solid evidence when their rise to the stars is investigated. This, though, is not one of them. "Tell me how you feel," _requests Martin. Quite bored, really. _"Let's talk," he suggests. Nah.