Walk Into The Light And Reach For The Sky 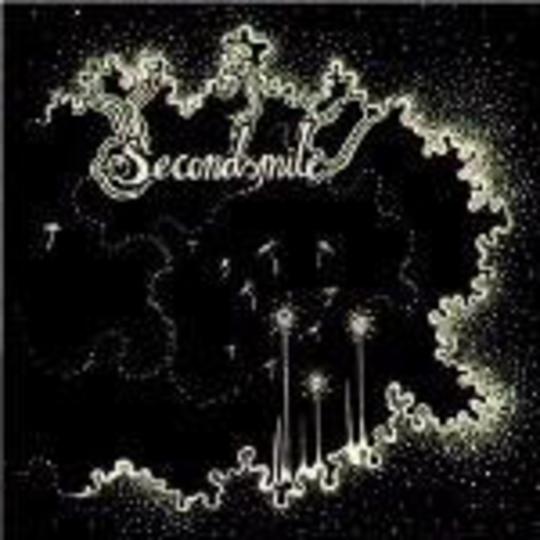 Full marks to Dorset four-piece Secondsmile for picking up pieces that many a lesser band would’ve left scattered about their feet, potential shattered by a departing lead vocalist. Former front man Olly Goodland, who left in 2004, had his reasons for not wanting to be a part of Walk Into The Light…, we’re sure; if we were him, though, we’d be kicking ourselves for not featuring in one of the better band reinventions of recent times.

The Secondsmile of old were Just Another Band: content to plagiarise from post-hardcore sources with scant regard for their own creative credibility. Walk Into The Light… finds them thumbing through the Post Rock Handbook in earnest, riffs growing to sky-scraping sizes, and adding lashes of aggressive fret mangling. Ross Smithwick’s vocals aren’t the most confident you’ll hear, cracking from time to time from scream to quivering moan, but his sincerity is absolute – he captains this once-rickety ship with a confidence not even he realised he had, ‘til the watery void below threatened to consume his band entirely.

Granted, there are few tricks here that haven’t been aired publicly before – the gradual development of ‘Sit Tight’, feedback carefully controlled, moulded and then destroyed, is absolutely reminiscent of the band’s own labelmates Itch; opener ‘Our Great And Secret Show’ is also indebted to many a predecessor, although it doesn’t once sound contrived, such is the band’s obvious passion for their newly mastered style. Touchstones are many: Jeniferever, Mogwai, The Appleseed Cast to name but three. That said, what rock band today is truly unique? Secondsmile’s slight spin on the commonplace ensures that it’s both accessible on an immediate level and has the potential to reward repeat visits with previously hidden surprises.

Acoustic centrepiece (track five of eight, so centreish) ‘Hanging On Every Word’ is worth skipping – Smithwick’s voice does not a slow song suit, and despite his best efforts he’s unable to translate punk rock into reserved folk a la Frank Turner or Dave House – but regular service is resumed with the mightily impressive ‘With Tired Eyes I See Clear’, a slightly jazzy, always shape-shifting five minutes that showcases Secondsmile at their best: directionally challenged and absolutely captivating with it.

In short, Walk Into The Light… is a solid album that its authors should look to build upon – if their progression from this to their next release is as dramatic as that of their 2004 EP I Am Not Romeo, You Are Not Juliet to this, then we’ll be listening to a very special British band indeed. Their picking up and reassembling of those pieces into a wholly different, wild and jagged shape is nothing but commendable.

Ballad Of The Broken Seas