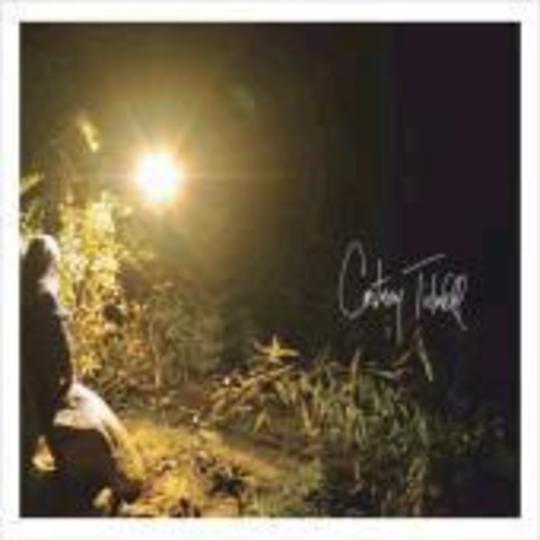 You’ll note there’s no ‘u’ in Nashville resident Tidwell’s first name, and it’s somewhat appropriate: these six songs – her debut mini-album – are all ‘me me me’, and it’s this approach that got her a deal when she was spotted performing entirely alone as a warm-up act to Lou Barlow. She played keyboard, drummed deftly and sung softly and seductively, simultaneously when necessary, and while Cortney Tidwell was almost certainly recorded with the assistance of others, it’s a single mindset that informs these songs; songs of great sadness, solitude, heartache and the very faintest of hopes amongst terrific turmoil.

Tidwell’s childhood is the stuff of motion pictures’ future – her family’s friends included Townes Van Zandt, while her mother was a successful recording artist prior to being diagnosed as a manic depressive; she died in 1999 at only 49 years old – but her present is also delectably dour, in an aesthetic sense. These songs are wonderfully skeletal, frail creations, always bubbling with soul but often sounding seconds away from their maker breaking down entirely. ‘Drink Up’ is the sort of song that could have featured on the previous Cat Power album – its nakedness is fascinating, Tidwell’s blues-soaked tones soaring and falling over piano lines so morose that every key must be a stained with a tear. The lyrics to her lamentations leave little to the imagination: “…don’t wanna see tomorrow… I’ve got to find someone’s dreams to borrow.”

However dulled one side of her coin is, though, Tidwell knows how to pen songs that aren’t only lovely in their wallowing wonder, but that are also of love: ‘So I’ll Go Out And Meet My Love’ has her singing of blue skies with the most sparse of acoustic strumming for company. Her words do blur together rather, like the slurred speech of a drunken confessor, but the feeling in Tidwell’s voice never wanes, once. She’s ample baggage for sure, but the worries that weigh her down aren’t impediments to offload without first exorcising what troubles lie within.

From country-tinged torch songs to ethereal hymns of rare emotional resonance, this exemplary debut is truly a record to cherish, hand on heart if only to keep it in place.

Is It Just Me?