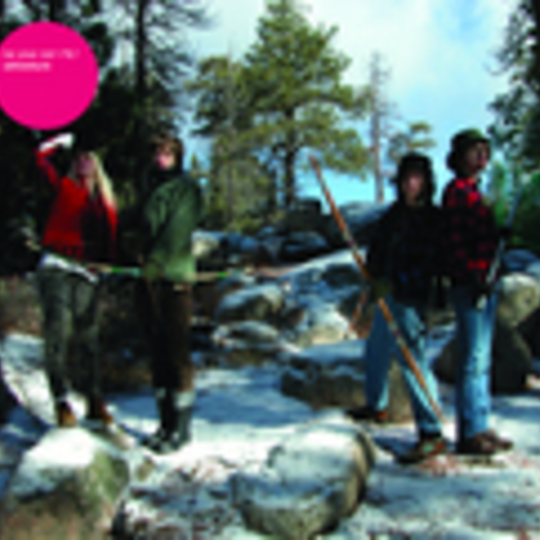 The last single before their debut full-length busts jaws in a fortnight, ‘Adventure’ is probably be your own PET’s best effort yet. This struts where ‘Lets Get Sandy’ thrashed, but things are still trashy enough - with jungle drumstick and fedback (sic) harmonic it’s still a riot, it’s just they are selling candy-floss at this one. Shooting lyrics like “Okay so yeah, it's cool cos we're like, adventurers…We’ve been to every place, everywhere in the World” Jemina is cute like the bolshiest Attenborough tiger cub, and the guitarist sounds like a sparky just rewired his arteries so he’s close to cutting out with all the stray static electricity.

‘Adventure’ is Bloc Party’s ‘Pioneers’ if it was earning its spurs in dusty Nashville alleyways, scoring kicks riling brown-bag hobos and packing out pizza parlours every Saturday night. Kele, stop sucking your thumb and listen here – it can only buoy you. Juddering and bold, this slides along just like when producer Steve McDonald was 14 and was already making cooler music than anyone else ever does in Cali brat-core band Red Kross.

Any other comparisons are fairly obvious, (Yeah Yeah Yeahs, Stooges, Blondie), but then that is beside the point; this is music made to make an impact, not headway. Quick-fix, fuck’n’fight music; instant gratification for a group of kids who don’t look as far as tomorrow, or even later tonight – all that matters are the two minute blasts of R’n’R they are hurling out into the audience. It is disposable, but that is exactly what makes it in-disposable. Bubblegum punk that even after my 1,345th listen still hasn’t lost its flavour.