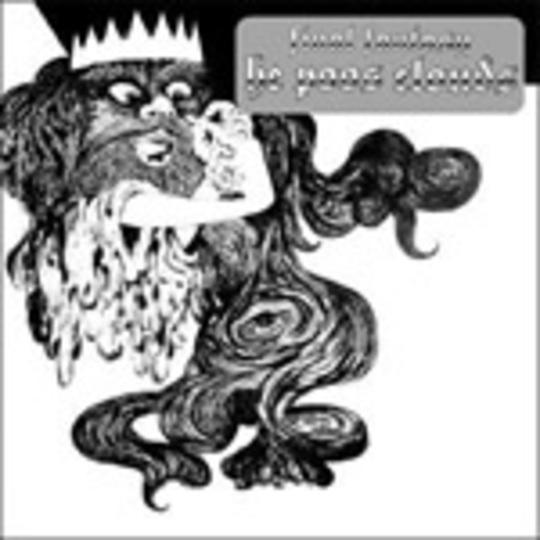 We sat cross-legged on the cobbled floor of a temporary, intimate little room, watching one man turn himself into a thousand men, each of them with a violin. Then when the music was over we collected our coats, filed out solemnly and shut the door quietly behind us. Such was Has A Good Home, the first tangible collection of songs by Toronto's Owen Pallett. For his return, we're invited to that same room into which Pallett has now squeezed a vast auditorium. His strings, now attached to freshly painted marionettes, are waiting in miniature wings to be summoned to a stage where he can manipulate them in front of spotlights that cast huge, monstrous shadows into the audience, into the chair next to you.

_He Poos Clouds_ is a "preposterous statement of devotion" intended to diffuse the sort of seriousness that could be attributed to an album of music written for a string quartet and voice. This self-aware contrast runs throughout these songs - delicate and considered, but attempting to make modern melodrama out of the eight schools of magic in Dungeons & Dragons. The opening _'Arctic Circle' _acts as abjuration, the use of defensive or protective magic. Strings bounce gently in and out of frame, there's a ticking, a swell of crooning voices and a final impossible ascent - already sounds are notably grander, rumbling drums sound from mountains. This is definitely a different room. The title track (previously known only as _'Illusion Song'_ - creating deceiving effects and images) sounds like the natural progression from the bareness of _Has A Good Home - ambitious, lavishly arranged and thoroughly benefiting from the rejection of the looping pedal and the embrace of the St Kitts String Quartet. Pallett's vocal presence too, is much more impassioned and immediate, as he wrestles real life and a pixelated existence ("Gotta rescue Michael from the White Witch! Gotta find and kill my shadow self! Gotta dig up every secret seashell!"). Even tracks that echo the occasionally languid pace of earlier songs like 'I'm Afraid of Japan' sound positively cinematic in comparison.

There's a precious immediacy to so many of these songs that, as soon as they've run their course, makes you want to lock them away so you can't spoil them with repeat listens. 'Many Lives -> 49mp' is easily one of the finest songs Pallett has written to date - a succinct three minute wonder that alternates between diminutive verses and euphoric gang screams as the voice of a father's wisdom ("Son you should! Invest! Son you should! Invest!") _'This Lamb Sells Condos' _meanwhile is a buoyant piano and harpsichord jaunt through conjuration (summoning and teleporting objects and creatures) taking in property development, erectile dysfunction and a quickly dissolving marriage. As the wavering, plaintive 'The Pooka Sings' (the only track besides the almost-non-sequitur '->' that doesn't explicitly use Dungeons & Dragons as inspiration) rolls out with slow motion gale-force winds and airy piano, there's a renewed calm and breeze that signals the door is opening for us to leave once more. Only this time, we're not quite so eager to leave.