Monument To The Masses 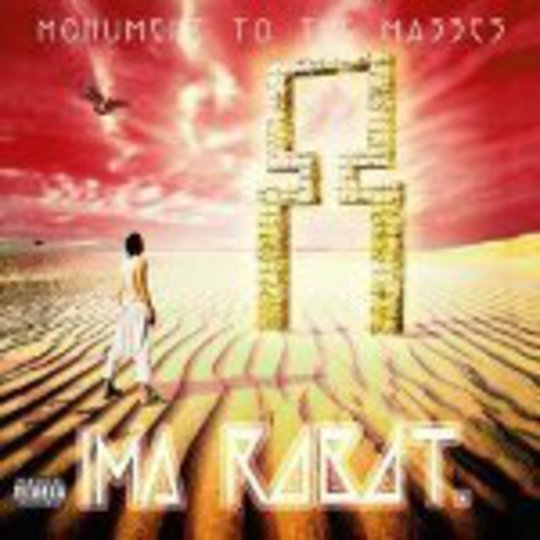 Being late for the bus usually coincides with the aftermath of a heavy night out. Being late for work is sometimes the culmination of the first instance. Being two years later than everyone else then, I'm sure you'd agree, would be a sackable offence.

Especially for a scene that actually replicates one from over twenty years ago in the first place!

Fair enough, Ima Robot don't exactly hide their intentions - from the name they've christened themselves with to the image (think Simon Le Bon and John Taylor in the 'Rio' video plus a few more pies) - and they obviously know a Roland Jupiter 6 from a Casio CZ-1000, but seriously,_ guys_. Music has moved on from the days when the word 'futurist' meant dressing up like Ziggy Stardust's twin sister and prancing around to overtly synthesized 'dance' music.

If their previous long-player hinted at a Devo fixation, then Monument To The Masses could be called a progression of sorts. An 18 month one to be precise, as its now just turned 1981. And to think the record starts so excitingly.

Current single 'Disconnect' sounds like an unplanned collaboration between Metal Box-era PiL and Sparks, and is quite frankly head and shoulders above anything else on the record. So much so that it probably shouldn't be here. Likewise 'Creeps Me Out', which gives the Klaxons' glo-stick raving a run for its money, and the excitable 'Pouring Rain' proves that when Ima Robot put their minds to it, they can come up with a few half decent tunes.

The rest, though, can't decide whether to be glam ('Cool Cool Universe'), cod(reggae)'n'cheese ('Lovers In Captivity'; sample lyric: "Bring your kids to see the lovely couple moan"), or just plain Trash club background music. And that, my friends, simply won't do in 2006. Disappointing.