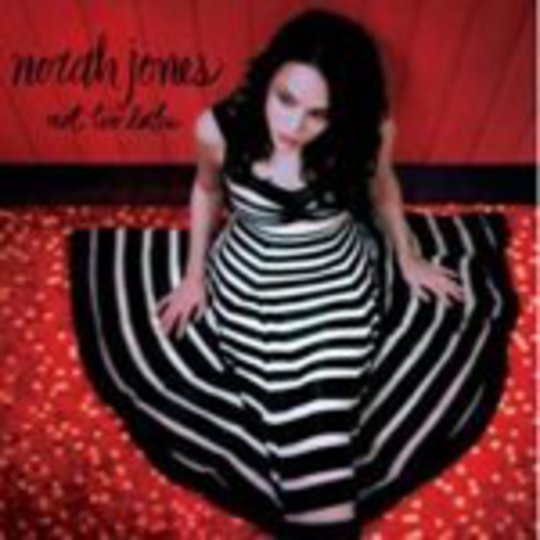 Admit it: you made up your mind before you even clicked on this article. You're not reading a review about Not Too Late to see if it's any good. You already know whether or not Norah Jones's third album will appeal to your musical palette because, unless you've been locked in an isolation ward for the last decade, you'll have heard at least one of the jazz / country / folkie / easy-listening numbers she's known for. Either that, or an approximation of her work performed by one of the many sultry chanteuses who were signed after Come Away With Me went platinum and Ms Jones went home clutching an armful of Grammy statuettes.

If you're interested, the third album from the 27-year-old songstress sees her in a bit of a transitional phase. The musical changes are by no means earth-shattering – Not Too Late still sounds (big surprise!) like a Norah Jones album – but for Jones it's something of a bold move, even if the kinks are fairly subtle. There are no massive departures here, but Not Too Late is less inviting than her first two platters.

First off, the warm, lush production work of Arif Malden has been traded in for something that sounds for more sparing and (if such a word can be used to describe Jones's music) raw. Not Too Late maintains the intimate mood of her earlier work, without the touchy-feely goo. Second, Jones wrote or co-wrote all the songs on this disc, and there's nary a cover within sight. This is a setlist from a singer / songwriter more determined than ever to stand or fall on her merits; there are no classic pop standards to beef up the running order if the home-grown stuff wilts.

And there's a fair share of strong tracks here: 'Sinkin' Soon' is a New Orleans jazz-tinged carnival-esque number that may or may not be aimed at the White House incumbent, 'Wish I Could' sails like a breeze through acoustic folk-country, and 'Thinking About You' is a loping, lazy electric organ-led number that wouldn't sound out of place closing an episode of Grey's Anatomy.

It's all pleasant enough, but then that's been Jones's calling card since day one. Her musical territory is the soundtrack of Sunday afternoons, long summer evenings and, yes, the inside of Starbucks. And while Not Too Late is a shade darker than her mega-selling, Grammy-winning template, it's highly unlikely to win all that many new converts, and fans may find this album a little bit of a slog in places. You could give her props for moving forward, especially in the face of how easy and profitable it would be for her to repeat the formula of her last two albums. But then, that all depends whether or not you had any time for her music before you started reading this. I doubt either myself or Ms Jones have the power to change your mind either way.