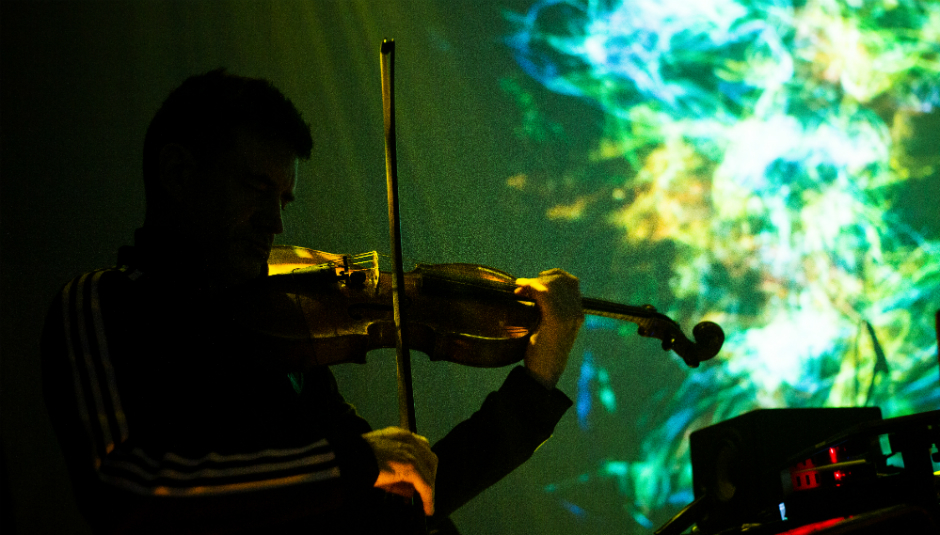 Sometimes, the best artists are found operating outside normal strictures, subverting notions of genre and bending music to their own will. It often happens in pop – the typical, three-and-a-half minute template deconstructed and reassembled with new ideas and concepts. Some fold songs in on themselves; others seek an expansive quality, pushing everything skyward in billowing, ambitious clouds. Tonight’s double bill offers a study in contrasts; two classically trained violinists operating at different ends of the musical spectrum yet who are equally adept at crafting distinct sounds and moods, beholden only to their imagination.

From the first, softly plucked notes of ‘Fingertips’, Asta Bria – a virtuoso who learned her craft at the prestigious music conservatory of Vilnius, Lithuania – creates a lush, velvet cocoon of joy and warmth. “We will be safe / We will be free” she sings lightly, the sentiment perfectly matching the music. Her classical, slightly baroque pop is imbued with a gentle grace, her skills as a composer and arranger shining just as brightly as her musicianship.

We’re treated to the easy groove of ‘A Thousand Years’, the winsome swoon of ‘Emma’s Song’, and ‘Dark Outside’s hymnal beauty, a song that slowly swells to a rolling, glorious crescendo. Two covers are also included; a faithful rendition of ‘You Belong To Me’ and a fun, bouncy take on Sixto Rodriguez’s ‘I Wonder’. Both showcase the ease with which Bria and her band can shift tempo and style, as does new song ‘Turn To Dust’, a dark, swirling lament that’s as dramatic as anything she’s written. 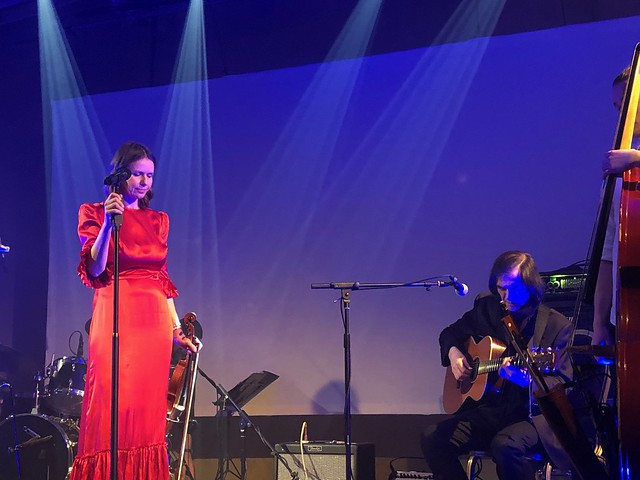 Through it all she wields her violin deftly, driving some songs forward, gently embellishing others. Her delicate voice shines too, a playful chime that sits atop her band’s soothing bustle. Cosimo Keita’s deft drumming – at times, a barely-there swish of the brushes – is the softest of anchors for the others to dance around, particularly renowned guitarist Hugh Burns, whose intricate lines and riffs are never intrusive or showy. Delightful and breezy, it’s a jubilant set, feel-good music that warms both the heart and the soul.

John Metcalfe achieves a similar euphoria, but in an entirely different manner. The former Durutti Colum member and driving force behind the Factory Classical label has spent much of his career exploring the hinterland between classical, electronic, and rock music, blending elements of all three into a dizzying array of soundscapes, and while there are moments of poignant beauty scattered through his 90 minute set, most of the time he aims his band at the sun and takes us on a thrilling cosmic ride through the stars.

Live, his compositions take on a fiery edge and fizz with energy, thanks in no small part to the dexterous drumming of Richard Spaven – at times, the beats have an almost trip-hop like sensibility as he weaves intricate patterns on the hi-hat. Then there’s Ali Friend on double bass, adding an undercurrent of groove to proceedings, and trippy, kaleidoscopic visuals courtesy of Patrick Dunn – glitchy, futuristic creations that perfectly complement Metcalfe’s grand, electro-classical creations. 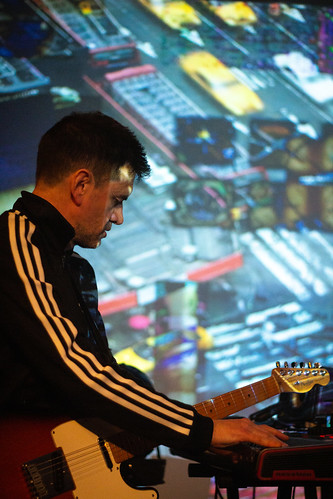 Most of the material is taken from his last two solo albums, 2015’s Appearance Of Colour and last year’s Absence, releases centered around more conventional song structures. ‘Sycamore’, a lithe, jittery dancefloor filler is given more muscular layers, Metcalfe’s violin and loops swooping throughout in dramatic fashion, while ‘See Me Through’ sounds altogether more haunting and delicate. ‘Above The Waves Of Crystal Waters’ is another track given the maximalist treatment – and sounds all the better for it – as is ‘Appearance Of Colour’, the 16-minute behemoth that’s split in two, and whose techno-esque outro is saved for the encore’s finale.

What’s truly impressive is how Metcalfe combines such disparate elements into an organic flow, constantly ramping up the tension before letting it masterfully dissipate – effortlessly covering such a wide range of styles and tempos is no mean feat. And when the band do slink back into the shadows, letting Rosie Doonan’s stunning voice pierce through the melodies, they crystalize something special; ‘Solitude’, an achingly heartfelt song that perfectly captures the crushing feeling of being alone, serves as the emotional heart of the whole night, a wondrous three minutes that’s as powerful as it is devastating.

Neither Bria nor Metcalfe have followed traditional paths, yet their art is all the better for it. They might seem an unlikely pairing, but they have the same ability to frame a very fragile humanity within their music and confound notions of what traditional songwriting can achieve. That’s an enchanting gift, and one that’s on full display tonight.