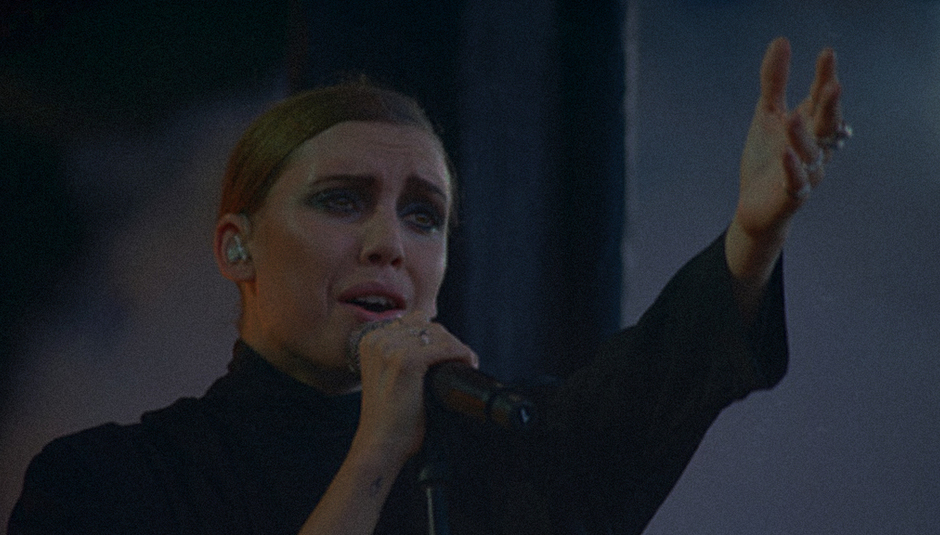 Here's the first edition to give you a taste of what's to come.

Headphones are a must for me on any walk (sorry, nature!) and from a lot of research, I can confirm that there’s nothing more perfect than Lykke Li on a drizzly day. Pick any of her four albums on a day where it’s less like tears are falling from heaven and closer to that feeling of walking through a dragon’s breath. It. Is. Perfection.

If you’re so inclined, you may feel at one with the cloud when ‘Sadness is a Blessing’ makes its final descent. It’s one of those snow globe crescendos that swirls but also feels motionless amid a flood of emotion. Still, like a changing tide.

On ‘Sadness... ‘ Motown rimshots snap beneath the lines “sorrow, the only lover I’ve ever known...” which hangs in the air, holding out its hand for the follow up “sorrow the only lover I can call my own...” Its mitten strings untangle as Lykke slowly pirouettes into “sadness is my boyfriend, oh sadness I’m your girl.” It’s such a killer line. I’d assume I’ll one day meet someone who has it as a tattoo - if I haven’t already!

If you’re reading this and have never heard this song or haven’t let its fug sprawl around you for a while, I don’t mind if you feel compelled to run off and listen to it right away.

I’ve also made it track one on the playlist that will accompany these Unhappy Hour missives: subscribe here.

Still with me? I won’t go on for much longer, promise... Let’s get back to walking in a misty wood with sad piano laments overpowering the mulch underfoot... Whilst Lykke may have tried to fool us by opening her most recent album with with an all-lowercase string-nest entitled ‘hard rain’, there’s just something about her music that feels more omnidirectional than that. Hard and heavy and oppressive her music is not. It’s such more pervasive and powerful than that.

Perhaps it’s the way her voice plumes around the microphone. Her gasps often left in the final edits. Gusts of humanity. Sighs in various stages of ecstasy and exasperation. It’s perhaps in the textures created in the space between her exhalations and the microphone where Lykke Li’s magic illuminates. It’s that filled void that a listener shares in headphones and it feels intensely intimate, even though there’s a distant cool gloom to everything Lykke does.

Many say that photography is the art of capturing light. Sound is the vibration of air, which makes the best producers electrocardiographers, capturing the pulse of someone’s heart and soul. I say this because there’s something about the way Lykke makes the air move that hits so different to almost anyone else. Listening to her voice live or on almost anyone’s track, whether it’s her recent sad banger hit with Mark Ronson or a resurrected tune with Royksopp, there’s an unmistakable pause, like the air skids to a stop... rubber and smoke sprawls in super slow motion. Shards of glass erupt and glitter as they spray...

I’m aware a male rock critic describing a woman’s voice at any greater length would be creepy (if it isn’t a bit already). However, the medium is often the message but not always because sometimes the message is “I lay in silence, the silence talks... my heart keeps pulling in the wrong decision.” Imagine if you not only wrote that line but it became a mainstream hit. On Spotify ‘Late Night Feelings’ has had 67 million plays - yes, sixty-seven MILLION! And only a third of of them were me...

It’s maybe not even her best lyric. Not that it’s a competition but from the crystallisation of reluctance “when everybody’s dancing, I don’t want to...” to “sex, money, feelings, die, baby don’t you cry...” there are too many contenders for the shimmering crown of melancholic bliss. It’s little wonder she’s gone from the top of the Hype Machine back in the mid-noughties to working with David Lynch and forcing time to standstill during Twilight (soundtracks which REALLY deserve a serious reappraisal at some point for the cultural impact they’ve had). It’s for all these reasons and more she’s christening this newsletter for lovers of wonderfully miserable music.

The irony of all of this of course is that the meaning of Lykke’s name in Swedish is “happiness, good fortune” and yet it’s from moments of unhappiness that she’s made enough to fund her own mezcal business (it’s called Yola Mezcal and I can 1000% confirm it’s one of the best brands) and carry on making it drizzle in our hearts for decades to come.

P.S. Yes, I have clocked that as someone who as a teenager named a website “Drowned in Sound” that this drizzle and rain talk is another watery metaphor too far. What can I say? “Lonely rivers sigh...”

Here’s the link to the Lykke Li: An Unhappy Hour Spotify playlist, which is hopefully well worth one hour and 13 minutes of your life at some point. Maybe on an autumnal walk.

Do let me know what you think of the tracks and this newsletter or the Unhappy Hour radio show via Twitter @seaninsound or Insta.

One of Lykke Li’s first interviews was Drowned in Sound’s DiScover feature back in 2008. Loved this bit "sometimes I’m so fragile and weak, but other times not at all. It’s almost as if I have this much stronger spirit inside that I can’t imagine ever failing me – ‘cause if it did, I can’t even begin to imagine how I’d live. So I’d say it’s more about my own different personalities and that struggle." Read the full piece here.

VOGUE on How Yola Jimenez Is Making Mezcal With Women’s Empowerment in Mind.

NME’s Andrew Trendell’s interviewed Lykke Li on how heartbreak, hip hop and lots of mezcal helped ‘So Sad So Sexy’ come to life.

CONSEQUENCE OF SOUND spoke to Lykke Li about what “Lynchian” means.

You can stream recent editions of the show on Mixcloud for free. Tune in to hear 2 hours of mellow and miserable music every 4 weeks, hosted by me, Sean Adams, the founder of the Drowned in Sound website.