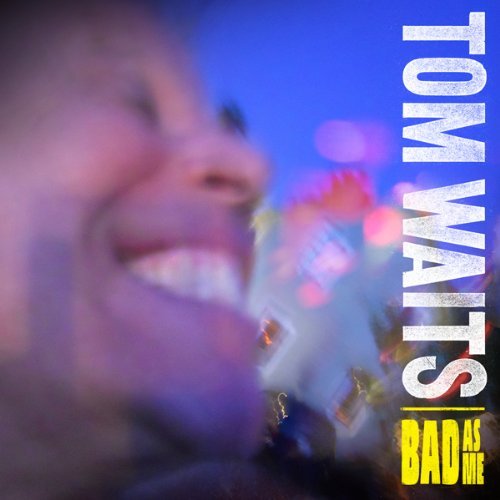 Tom Waits - Bad As Me

Bad As Me sees Tom Waits reaching back into his bag of tricks to pull out a few favourites in a characteristically exhilarating, terrifying, heartbreaking, tear jerking, bone-rattling style. »

it's been seven years since 'real gone', tom waits's last album of new material. since then there's been a three-disc collection of rare and unreleased songs - the brilliantly named 'orphans: brawlers, bawlers and bastards' - but even that hasn't been enough to sate the appetite of waits fans. finally waits releases a brand new album, 'bad as me'. on the title track over clattering drums and blues guitar, waits delivers lines such as "they told me you were no good" with unnerving effect. there's also something deeply sinister about the chorus of "you're the same kind of bad as me", creating an almost suffocating atmosphere.
description from www.roughtrade.com