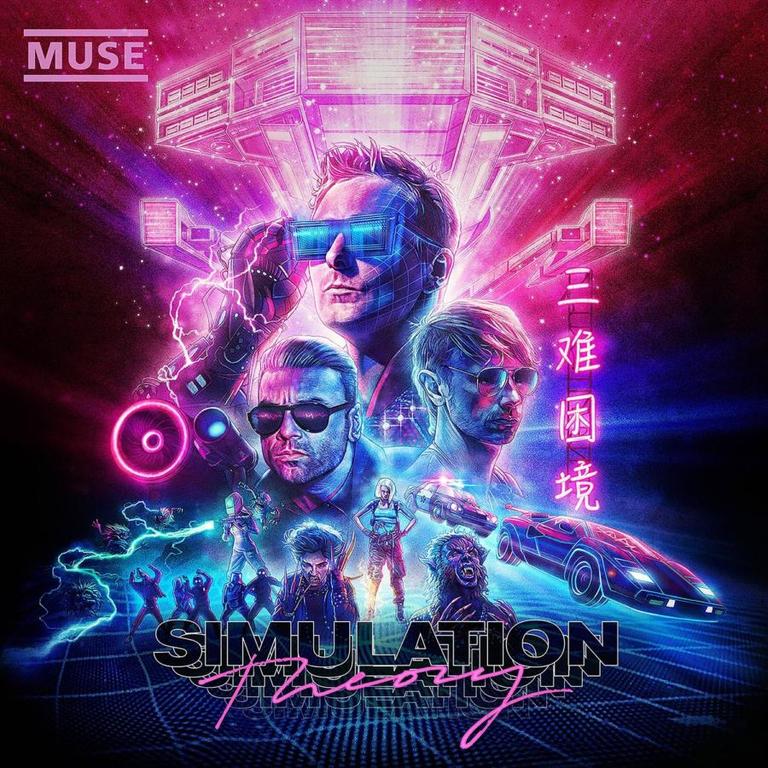 Muse release their eighth studio album, Simulation Theory. The eleven-track record was produced by the band, along with several award-winning producers, including Rich Costey, Mike Elizondo, Shellback and Timbaland. Standout tracks include Something Human, Thought Contagion, The Dark Side and Dig Down. The Dark Side is instantly recognisable as a classic Muse track, featuring Matt Bellamy’s unmistakable soaring vocals and blistering guitars and the driving rhythm section of Chris Wolstenholme and Dominic Howard that have become a hallmark of Muse’s stadium-filling sound. Simulation Theory follows Drones, released in 2015.
description from www.roughtrade.com