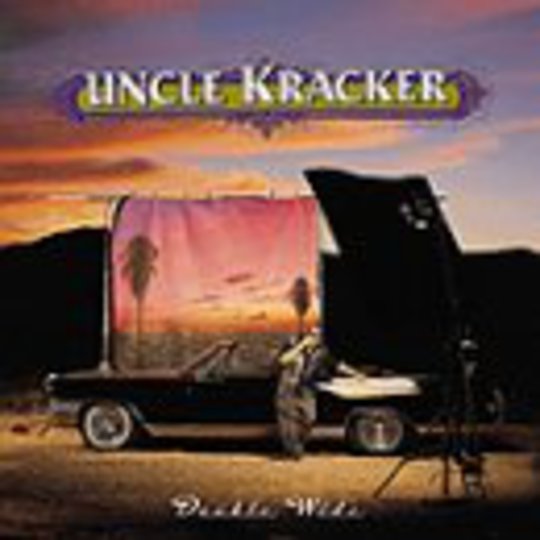 Double Wide, the debut album from Kid Rock's DJ. Now before you dismiss this

as somebody trying to cash in on his best friends fame think again. This is about

Ok so Kid has made a few songs like this, but Mr. Shafer takes those songs, sticks

out in the States for nearly a year now, but only just broke into the Billboard

charts very recently. And now that Kracker is a household name over the pond his

world. Thank you very much Atlantic, we are most grateful.

Why"**. The conversation finally ends with Kracker asking _"what if I don't

make it?"_ and Rock replying in his trademark trailer park way with _"fxck

what, and tell it to suck my dick"_

Enough about the stuff that doesn't really matter to you the listener, you want to know what the whole thing sounds like. I know you do so don't kid yourself you don't.

The whole album is a complete joy to listen to, sod the Minsitry Of Sound "Chill Out Sessions", you only need to peep this to relise what true relaxing music is all about. The whole vibe conjures up images of Everlast in a country guise. His lyrics do their job of telling a story and painting some great pictures in your mind. Good stuff!

Now guest appearances can either make or break a record, just ask Run-DMC about how not to do guest appearance. However, besides the Twisted Brown Trucker band lending their musical hands to each track only Kid Rock and fellow Top Dog Records signing Paradime turn up. Both turn up on the track "Heaven" where all 3 sing and rap about Detroit, showing some true loyalty to the town they hail from. "If heaven aint a lot like Detroit I don't wanna go" being the main line that rings out about the love they have for the D.

The record is full of so many great lines and visions it's hard to pinpoint one or two for this review, so my advice is buy this album and find them yourself!