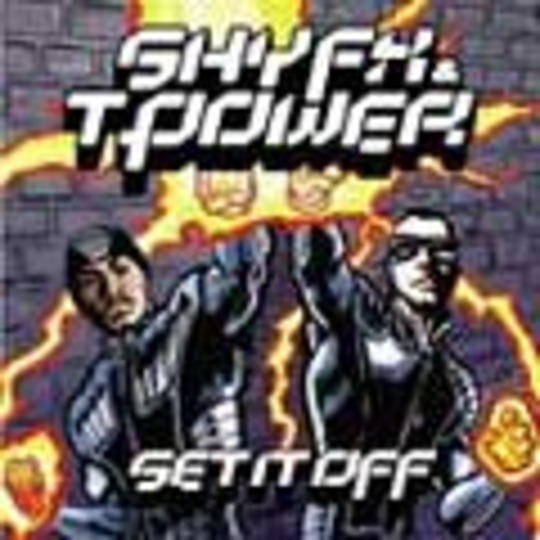 Known for bringing Drum and Bass to the mainstream last year, ShyFX and T-Power return with another slice of urban life. And believe me, after listening to them, you have the most affable dance album since the Artful Dodger's 'It's All About the Stragglers'.

Setting it off with 'Intro', is the surprise inclusion of chart RnB style MC versus girlie vocals from Fallacy, which sticks out like a sore thumb in an array of party-friendly urban tracks. The first highlight is track two, the famous 'Shake Your Body'. It's infectious, it's catchy, and irresistable to dance to, _"those garage tunes are so fine, they just blow my mind",_. This is what Lonyo should've made!

Spanish guitars and salsa beats bring in the infamous Kele Le Roc, of lisp, limp ballads and madonna piercing fame. Her trademark breathy vocals, showcased back in 98, and on Damage's 'Maria' are conspicuously absent in this irresistable track, displaying her true vocal talents. A jazz band over shifting drums being in the most 'garage' track on the album, 'Calling'. And this is about as underground as it gets, garage to chill out to. There's more of where that came from on 'Don't Wanna Give a Damn', another laid-back, funky tune.

'Shake UR Body' Part II arrives on 'Don't Wanna Know', a good enough effort, but overly reminiscent of track two. Luckily, '_I've Got an Idea_' with its sexy vocals arrives, and leaves, to distract me from this. I even find myself singing along, but it cruelly ends as it gets going. Ragga comes on the scene, in the form of Elephant Man, and successfully juxtaposes itself next to the sexy sounds of Damage's resident smoothie, Coree Richards (barf! :P). Thankfully, Coree's vocals are as hardcore as his endless, rippling torso. He gives us a clear indication of where Sean Escoffery should be, where Lifford David left off, and where Lynden David Hall wants to be.

The album falls flat from this point on. Only the interlude from Fabio, with his passable yet amusing Del Trotter impression and the last track, 'Everything' a chilled-out masterpiece that every self-respecting MOS album should have, saves the day, but only just. By the skin of it's teeth, this album just about makes it into my top ten of the year. Oh yes. Four out of Five.