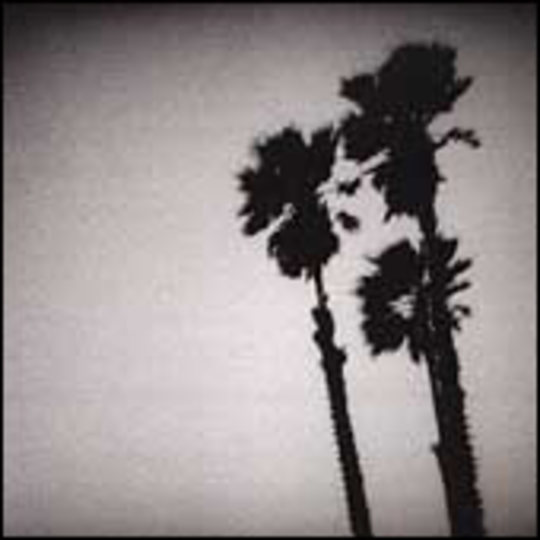 Raw emotion is a bloody hard thing to put on a record. Not only do you have to get over the whole “do-I-really-want-to-share-this-with-the-world” dilemma, you’ve got to approach the task with the same meticulous care you’d have if you were assembling a bomb. The slightest mistake – a contrived riff here, a howler of a lyric there – and what was meant to be a reflection of your most honest feelings becomes something everyone’s either wincing or laughing at, and your reputation’s been blown to shreds.

There are very few musicians who can pull off an album like this, and Greg Dulli is one of them. Up until 2000, Dulli fronted a band called the Afghan Whigs whose music was a molasses of grunge, soul, funk, and Motown sass, all of it spiced up with Dulli’s tales of (amongst other things) death, lust, sex, passion, drugs, love, loss and hope. If you’ve never heard of them, don’t worry, you’re in the majority, but know this: you missed one the best rock bands of the last ten years and you suck in a way that isn’t funny.

Now Dulli’s back with ’Blackbery Belle’, his second album with the Twilight Singers: a former side-project turned full time gig. On their first album, the Singers blended soul, funk, jazz and rock with lightweight dance beats, courtesy of Fila Brasilia. For their second outing, Dulli’s eschewed the electronica for a more organic sound. He’s also turned down the lights and juiced up the rock factor.

If you’re looking for something light, look elsewhere. Dulli wrote the songs for this album after the break up of his band and the death of one his closest friends. This would be cause for many others to overdo the drama, and while Blackberry Belle isn’t short on that, Dulli is never wallowing in grief – he’s exploring it and finding release. This is why the album stays on the right side of melodrama. Dulli knows how this stuff can sound and you can hear it in the knowing wink in the album’s opener: “Black out the windows/it’s party time”

A total of 24 musicians play on Blackberry Belle, but this is without a doubt, the Greg Dulli show. His greatest asset is his voice - what it lacks in range, it makes up for it in feeling. Simply put, once you hear Dulli’s wail you know he’s the real deal. Nothing he’s doing is simply for show, and whether you like his songs or not, you can’t accuse him of being a phoney.

Take ’Teenage Wristband’ for example; The piano riff that opens the song would be right at home on a Disney soundtrack. But when Dulli’s leering snarl comes lashing in over crunching guitars on the eighth bar, the song transforms into something that should be playing in a strip club, and by the chorus, he sounds like a guy you wouldn’t let within sixty feet of any woman you know.

Dulli comes from nineties school of alternative rock, so loud soft dynamics pitch up all over the show. ‘_Martin Eden’ starts with a lonesome piano which breaks into sweeping menace; ‘Decatur Street’’s choruses cut two large sleazy holes into the funk-driven stomp of the rest of the song. It all comes together, though, in ‘The Killer’, which eases the listener into a sleepy groove with throbbing bass and lazy guitar strums, and then blindsides them in the chorus; violins, hammering drums and overdriven guitars go to war with each other while Dulli’s scream flies overhead like a B52.

It takes balls to write music like this, especially in a time when the detached cynicism of the Strokes is flavour of the month on planet earth. But if you’re looking to add melodrama to your record collection and shake your ass in the process, you won’t find a more inviting or cathartic bath this entire year. It’s dark stuff, but it comes from a good place. And that’s a fact.